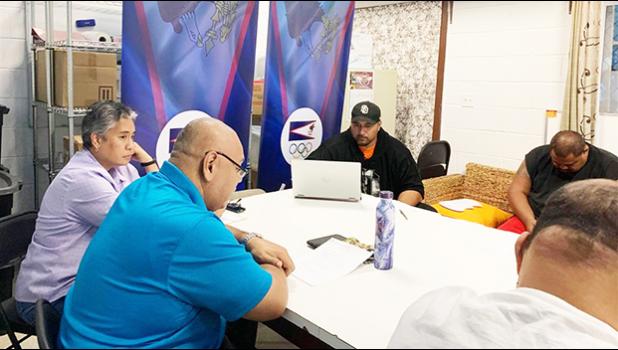 Pago Pago, AMERICAN SAMOA — American Samoa Basketball Association (ASBA) looks ahead for grand plans led by an almost intact set of officials reinforced by key additions in assuring the federation’s development from the grassroots level to the international ranks.

Joining them were new officials bound to bring ASA to greater heights led by Cecilia Taufa’asau (secretary-treasurer) with Carl Schuster and Wayne Ames as board members.

“This board is committed to continuing to promote, develop and educate our sport in American Samoa. The difficulties of the pandemic have proven to be a challenge for American Samoa to participate in. However, it will not stop our progress and efforts to maintain the level of competitiveness through training & education,” vice president Langkilde said.

The first order of business is the preparations for the 2021 Polynesia Cup and the 2021 FIBA 3x3 Asia Cup in coordination with the American Samoa government as far as the border control still in place is concerned.

Though it is still unsure when would that be possible, American Samoa is high in spirits given the zero COVID-19 cases and the further vaccine rollout in the country.

“It starts with our leadership, President Fanene Milton Taufa’asau. He has always been transparent, goal-oriented, forward-thinking, and plans for every situation. Each board member is successful in their associations and will bring continuous ideas to the table. New members will also bring new ideas. We look forward to building off the success of the previous board,” said vice president Langkilde.

Preparations are already underway, not only for upcoming tournaments but for more events in the future as part of the ASBA’s long-term program.

Aside from the federations’ continuous communication from the members of the 2019 Polynesia Cup team abroad and the discovery and recruitment of possible new talents, events have also resumed among high school boys and girls under relaxed social distancing protocols.

The 2021 Flag Day basketball tournament is set initially in April while Moso’oi national competition, will be in September.

More 3x3 tournaments, summer clinics for primary students, P.E education for instructions, and teachers are also in the pipeline this year when the world is expected to usher in a new hope after the pandemic.

“The goals have not changed. We are still looking to increase the number of participation of athletes (especially for females), coaches, officials, etc. We believe that the more people we get involved in coaching, it will translate into recruiting more participants and developing more athletes from the grassroots to the elite level,” added Langkilde.