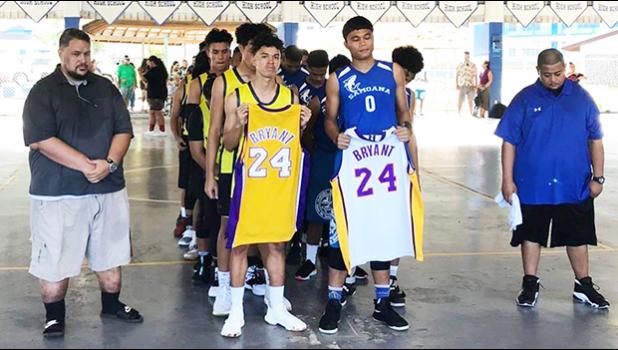 (Prior to the opening match, both teams paid tribute to fallen basketball great, Kobe Bryant who passed away over the weekend in a helicopter crash with his 13-year-old daughter Gianna, and 7 others).

Both teams gathered at mid-court, with Crusaders guard Kalepo Fruean Hemingway and the Blue Empire’s big man and 2019 3x3 national player Alrome Lutu, holding Kobe jerseys (#24) as both teams stood in silence for 24 seconds in remembrance of Kobe Bryant.