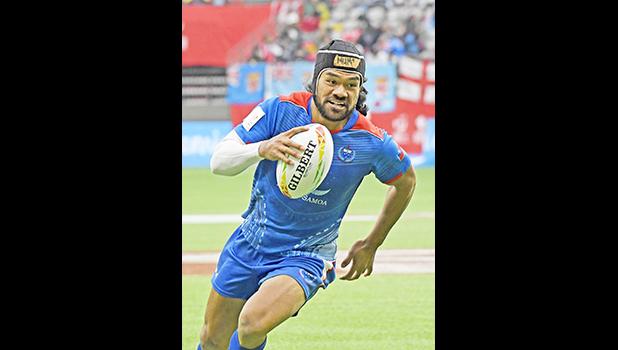 Honolulu, HAWAII — The Samoa News is proudly committed to covering Manu Samoa at an extraordinary level worldwide. We even have assigned a photographer to cover Manu Samoa at the Olympic repechage in Monaco, in their last opportunity to qualify for the Tokyo Olympics.

Today while completing our credentials for Manu’s June 25-26 participation in the pre-Olympic 7s event in Los Angeles, Samoa News received a very unfortunate update from USA Rugby. (We will not interpret it.)

USA Rugby believes the Manu Samoa is a victim of COVID 19 circumstances. Samoa News doesn’t know if that’s the real story. We will be reaching out to Lakapi Samoa, and if possible, Samoa’s Prime Minister…

if you could please tell us who the Prime Minister is today… we just woke up, Supreme Court cases come and go. We see You Tube video of the caretaker PM Tuilaepa in his office, but don’t understand if another Prime Minister Fiame Naomi Mataafa has been sworn in… shouldn’t that be her office?

Last time we checked the PM Tuilaepa was Chairman of Lakapi Samoa.  Is he still?

Who would dare pull the plug on Manu Samoa and their Olympic opportunities? Was it a pragmatic decision (because no one has the authority to transfer money to Lakapi Samoa?), was it truly of COVID fears, or was it political trickery? Coolios… could this act against our beloved Manu Samoa be the real “treason” so often spoken of in Apia these past few days?

"Additionally, I wanted to update that as of this morning Samoa has pulled out of the competition, so they will not be in LA next month. With COVID and travel restrictions, it's been an incredible challenge for certain teams to fully commit for this event. While we thought Samoa was all set to travel, their scenario unfortunately changed. You are of course still welcome to apply and shoot the event, but wanted to ensure you had that info as I know the Samoan team is primary.”

By the time you read this, another Samoa Supreme Court case may sort out who is Samoa’s PM. Then we can fa’amolemole for the PM to please save Manu Samoa from the dramas.

Cool Stuff has written Lakapi Samoa two days ago… we have not gotten a response. We will keep on seeking direct comment from the concerned parties’ authorities.