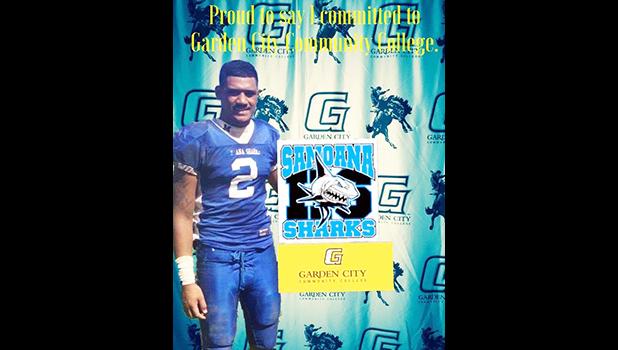 GCCC: #1 Jr. College program in the country, currently has 12 players Polys on its roster
By
Tony Gasu
tony@samoanews.com

Last week, American Samoa’s very own Keiki Misipeka — a former standout student athlete originally from the rock, a graduate of Samoana High School class of 1998 visited the territory. He was on a recruiting trip, and met with Governor Lolo Malatalasi Moliga, as well as with officials from the Department Of Education,  high school football coaches, parents, and student athletes.

When asked about his recruiting trip to the territory, Misipeka told Samoa News, “I’m a proud product of American Samoa, we are very limited in resources”.

Misipeka, who was picked up by Garden City Community College’s Football Program as one of the coaches, helped the program to their first NJCAA National Champion title.

On his championship squad were sons of Samoa who were standout prospects during their high school years in the territory, and he’s looking to open the gateway to more student athletes from the island — to be a part of the GCCC family. Misipeka said, “When I became a college coach, one of my goals was to return home and give back to where it all started for me.”

He said, “I am grateful to be in the position at Garden City Community College. Head Coach Jeff Sims, the coaching staff, and the administration and community have been very supportive of our Polynesian athletes. GCCC is the number one Junior College program in the country – 2016 NJCAA National Champions and the only undefeated team from last season.”

According to Misipeka, they “currently have about 12 Polynesian athletes from American Samoa and Hawaii in our program — we live to add more athletes to that number.

According to Misipeka, they are still evaluating other student athletes from the territory, Hawai’i, and other Polynesian prospects that are making a name for themselves.

Samoa News spoke to one of the parents, Solova’a Mageo, the father of Samoana’s middle linebacker, Vimoto Mageo, on his thoughts about  the scholarship opportunity his son has been offered.

Mageo said, “For us, as parents, me and my wife Nora Mageo are very grateful and thankful to our Heavenly Father for this opportunity, to help us as parents financially in sending our son to college, not only us, the the parents and families of the other players from Leone and Faga’itua. This has certainly lightened the burden for us as parents, I know the other parents feel the same relief as well.”

Vimoto is the 4th of six children – four boys, and two girls, and all four boys actively play football.

The oldest, Anthony, is a graduate of Samoana, who also represented the Sharks on the gridiron – and Vimoto is the second to represent out of the Mageo clan in the Sharks football program.

Of his recent trip to the JPS Paradise Football Classic II, he said, “I was very excited, it was a great opportunity – it was a tough competition playing against the teams from the States.”

He continued, “It was tough finding a scholarship, but I had to play my heart out and become an impact player – in order for me have these scholarship gateway opportunities”.

He is only the second of the Mageo boys who is about to graduate from Samoana High School and played football throughout all four years. Vimoto has two younger siblings – twin brothers, Georgia and Georgie “the Mageo Twinz” who are already well known in the sport, at the AYFS, JPS, and High School Junior Varsity level.

The twins were ‘the’ impact players that helped the AYFS Bears to a title shot during last year’s season, but lost against the 49ers in the 7th Championship title game for the program. They had led the JPS Vikings to their debut title in the first year of the program.         During the recent American Samoa High School Athletic Association Football Season, the Mageo twins were well known in the Vikings football program – two of the Vikings best players on both offense and defense.

Vimoto said, “First and foremost I would like to thank our Heavenly Father for His guidance, protection, and for this opportunity to take my athletic talents to the next level, I know my brothers from Leone and Faga’itua feel the same way as well. I would also like to thank my parents for raising me to be the man I am today, and for supporting me throughout all the years I’ve played football.

“My acknowledgements and thanks goes out to my principal as well, the faculty and staff of Samoana High School as well as our student body”; sends out his special thanks to his spiritual parents for their prayers and thoughts, and concludes, “on behalf of my brothers who were blessed with this scholarship opportunity to GCCC, we would like to thank American Samoa for your prayers.”

On behalf of the parents of the four student-athletes  – Vimoto’s father said “to God be the glory for this opportunity given to our kids to attend college and further their athletic abilities  within the sport of football – thanks goes out to our spiritual parents, Rev. Faatauva’a Talamoni and Mafumaiala Talamoni as well as our village of Pago Pago for their prayers and thoughts for our children growing up within the sport of football.”

Mageo said that their “heartfelt thanks” goes out to Keiki Misipeka – “he is the main guy here on island that has ‘boldly’ opened up the … opportunity for our kids here in American Samoa, for a better future, a hopeful future — not only within the sport, but academically as well.

“Special thanks to Garden City Community College … for their thoughts and for these athletic scholarship opportunities for our Sons of Samoa here on the rock,” he said.