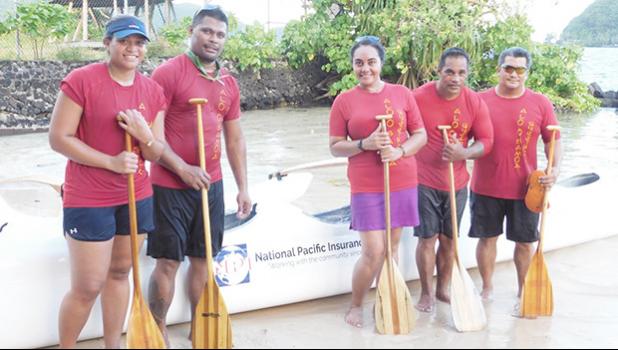 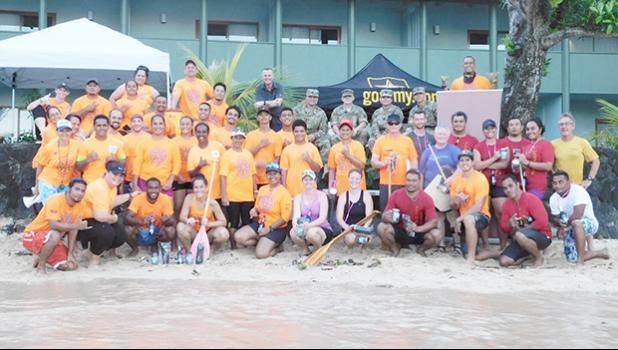 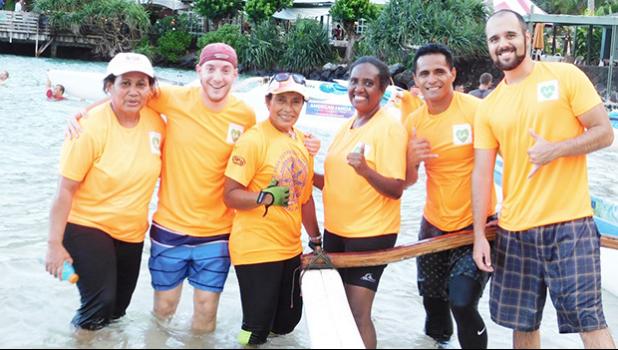 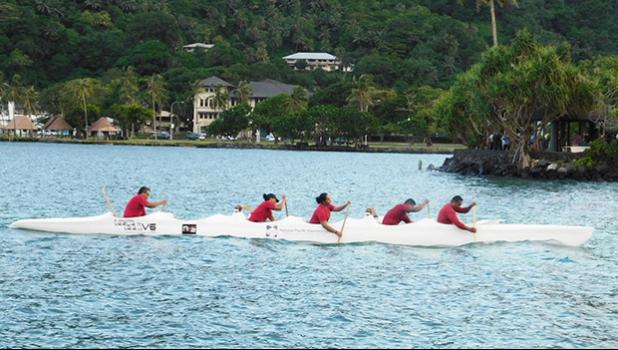 Last Friday the outrigger club Le Vasa hosted their first Harbor Classic race at Sadie’s by the Sea Beach. There were 6 teams that competed — the LBJ Hospital team, the Alo O Samoa Club, Laumei Club, and the other three were from the Le Vasa Club.

Paddlers gathered at 4p.m. excited to prepare their ‘new’ canoes as some had not experienced being in the canoes that were purchased early this year for each club, which arecsaid to be much lighter and move faster on water.

Some of the paddlers were also new to the sport and have only been training for a couple of months. The race started from Sadie’s Beach to the red buoy then to the Pago Harbor and back, which is 5 miles.

The Pago Pago Harbor was definitely busy during the late afternoon, with traffic due to fautasi practice for the annual Fautasi Regatta on the waterways.

The LBJ Hospital team was a first timer, with many of its members inexperienced, except for their steerer, Luaao Wasko who has paddled for many years for Le Vasa, but works at the LBJ Hospital, so decided LBJ team it is.

One of the paddlers, a dentist, told Samoa News, “I had such a great time as this is my first time. We had others who are medical students but have also enjoyed it a lot. I’m looking forward to trying it out again, this was definitely a lot of fun.”

Alo O Samoa who placed first, only had 5 paddlers, while the other 5 teams competed with the requisite 6 paddlers. The captain of the team, who steered the canoe during the race said, “I didn’t think we would come first, but it happened because my team was able to keep it together … it was definitely team work. I am proud of them.”

Alo O Samoa trains from Monday, Wednesday, Friday, and invites all who want to try out paddling to join them at Sadie’s By The Sea beach. This goes the same with the other clubs — Le Vasa at the South Pacific Watersports and Laumei Club at Sadie’s beach — who are looking for new members to add to their roll call.

Michael and Paula McDonald of South Pacific Watersports hosted the event, with sponsorship from SoPac, ASTCA, 93 KHJ, together with go ARMY recruiting team who were there to support.