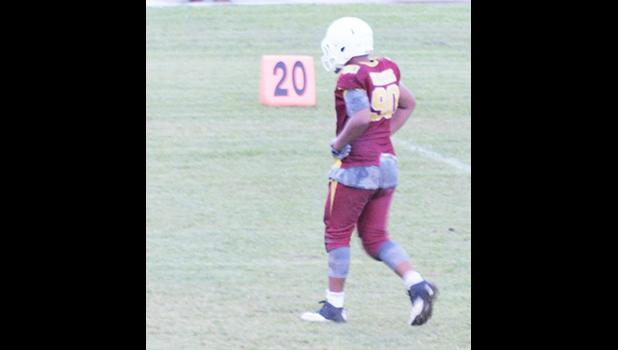 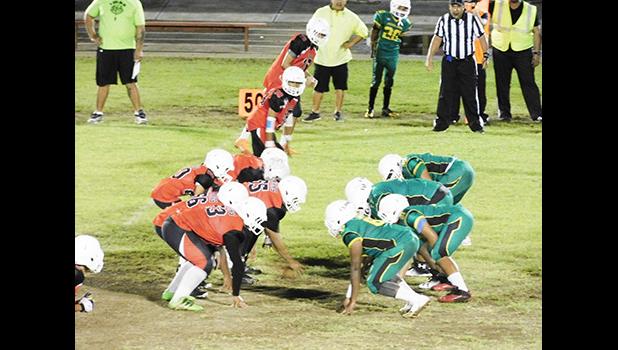 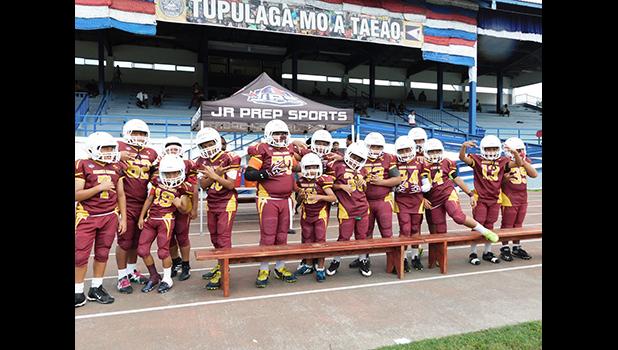 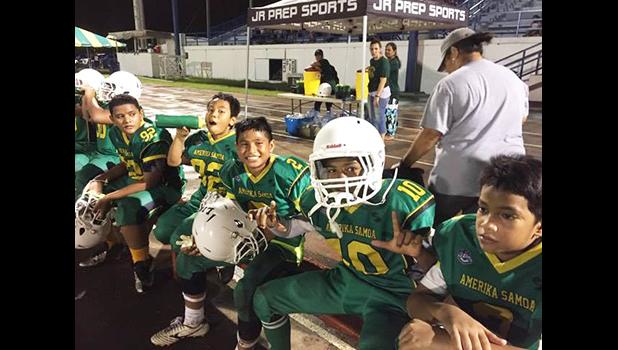 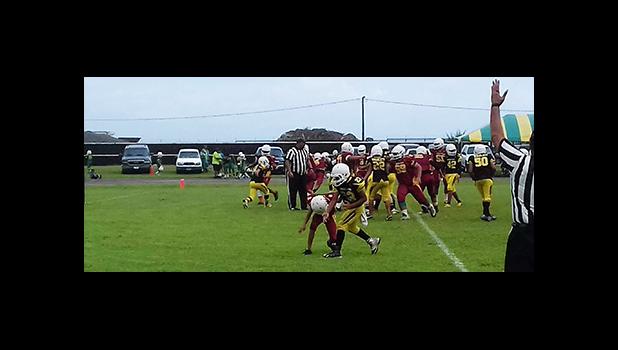 JPS Football playoffs began with Division 1, which fields 7th and 8th graders; and it was a lopsided game between the JPS Warriors vs. the JPS Wild Cats, with the Warriors blowing the Wildcats off the field.

John Allen scored for the Warriors on their opening drive with a 21-yard run.  The Wildcats tried to produce something on offense, but were just overpowered by the Warriors hard hitting no nonsense defense. The Warriors would continue scoring touchdowns by running backs Petesio Iosefo, Jacob Omani, Abraham Kalapu and QB Francisco Mauigoa. In the end, the high powered Warriors would go on to produce 50 points in total, blowing out the Wild Cats who did not score, at all.

The Warriors will go on to face the Lions in JPS D1 Championship game.

Next up was Division 2 action, which is for 5th and 6th graders, with the number one ranked JPS Lions going against the JPS Warriors. The Warriors took the lead early on in the game with a 15-yard touchdown pass to #4 Sapani Lepule with 30 seconds left in the 1st Quarter. The Wildcats would do a good job holding on to the lead until late in the 2nd Quarter when Lions running back Metuliki Tupou sidestepped and fended off defender for a beautiful 42-yard touchdown. The momentum was on.

With 17 seconds left in the 2nd Quarter, the Lions handed the ball off to Misa Paiau, who outran defenders for a 50-yard touchdown closing the half. The Lions would score again to start of the second half with Tupou scoring his second running touchdown, this for 35 yards.

The score would remain JPS Wildcats 6, JPS Lions 18 until the start of the 4th Quarter. Second goal and 9 more yards to the end zone, Lions QB Isaiah Elisara with play action ran the ball to the left for his first and final touchdown of the game.

The Lions would run down the clock leaving the final score, JPS Lions 26 - JPS Wildcats 6.  The championship game in D2 will be the JPS Lions vs. the JPS Warriors, this Saturday, June 3. The D2 Warriors beat out the JPS Vikings 6- 0 in playoffs to get a spot in the championship game.

Great job to all teams and their coaching staff for the exciting game.

For next week June 3, here is what we have for the Championship:

Some of the All Star players leading the Warriors are

For the Lions the players are

In the D1 Championship Game

The Key Player for the Lions are

They will take on the following Key Players for the Warriors