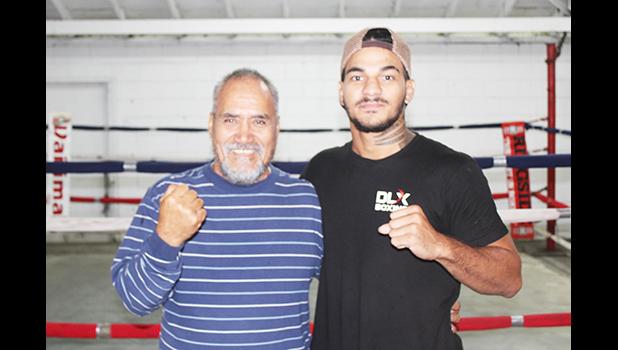 Pago Pago, AMERICAN SAMOA — American Samoa”s 2019 Pacific Games silver medalist, Jolando Lupe Lala Taala said his main focus is getting a chance to qualify for the 2024 Olympic Games in Paris in 2024 so that he can represent his people.

Taala, who is training in Las Vegas was in the territory last week visiting his family before departing last Thursday. While he was on island, he also visited his local boxing club where he met up with his long time head coach, Sala Sanele Etuale of the American Samoa Boxing Federation

Taala feels he is in a good place ahead of his upcoming fights in the beginning of next year to be prepared for the 2023 Pacific Games.

The XVII Pacific Games will be held in Honiara, Solomon Islands from November 19 to December 2, 2023, and it is the Olympic qualifying tournament for Pacific Islanders vying to compete at the Olympics in Paris.

In 2020, Taalo missed his chance to compete at the World Olympics in Japan after losing in the finals, by a narrow point difference.

Speaking about his chance for the Olympics, Taala said his main focus is the 2024 World Olympics in Paris and he wants to win gold at the Pacific Games next year in the Solomons to secure his spot for the World Olympics.

Local coach Etuale said he’s confident that Taala is well prepared for the challenge ahead and his chance to go to the Olympic Games in Paris.