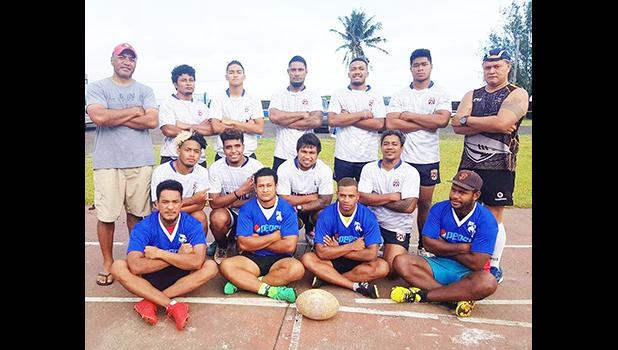 Pago Pago, AMERICAN SAMOA — The men and women who will be representing American Samoa at the XVI Pacific Games, to be hosted in Samoa next month are scrambling to find a way to get there. Samoa News understands that assurances from the American Samoa Government — that financial help will be available for local athletes competing in the 2019 Pacific Games —are yet to come to fruition.

A meeting that was held late last week, during which the topic of monetary assistance for local sports federations was to be discussed — ended with federation representatives walking out mute, not knowing how they are going to finance their participation in the XVI Pacific Games, scheduled to kick off on Sunday, July 7 until Saturday, July 20, with over 4,000 athletes competing in 27 sports.

This past Monday, Samoa News witnessed a rugby practice session at Veterans Memorial Stadium. In addition to financial hardships, athletes are finding it hard to train and practice, as the field conditions at the Stadium are in such a poor state. There is currently a mound of dirt in the middle of the field, and one side of the west field goal post appears to have been dug up as a result of the recent heavy rainfalls.

The women are currently working on endurance and strength. They run for an hour every morning and evening, in addition to evening practice sessions, overseen by assistant coach Uini Tanuvasa, team manager Teuila Fainuulelei, and team trainer Pelasio Koroiadi.

The women's rugby team poses for a group photo. [photo: BC]

This is the first time ever, that Amerika Samoa will be represented in women’s rugby at this level. Head coach Coffin says she is hopeful that the experience the team members get next month will carry them through to qualifying games that could land them a spot in bigger and better international competitions.

The men’s team of 15 — under the leadership of head coach Tommy Elisara and assistant coach Afa Bogdaw Tuiletufuga — is camping out at the Stadium facilities.

Training has been intense and the players are looking forward to the exposure, say the coaches.

The teams depart July 4th and will return July 14th.

Roundtrip airfares and all the team uniforms have been generously paid for by Pentagon Construction. The teams will be staying at the Athletes’ Village already set up at the Methodist compound in Samoa.

With no help from the government — and “little assistance” received through solicitation letters delivered to the local business community — the players have had to resort to fundraising on their own, to cover ‘incidentals’ and other expenses.

This weekend, rugby team members — both men and women — will be conducting a ‘wheelbarrow’ drive from the east side to the downtown area on Friday; and from the west end to town on Saturday. Players will take turns pushing the wheelbarrow through the villages and local residents are asked to donate what they can.

The rugby players aren’t the only ones who are taking matters into their own hands. Last week, the American Samoa Netball Association hosted a beauty pageant to raise funds.

“Our rugby teams include players of all races: Samoans, Tongans. and Fijians — and even high school students,” said Coffin. “This isn’t a club, this is American Samoa’s National Team and we are going to the Pacific Games to represent the territory. Some of these young women are putting their military and college dreams on hold just so they can be part of the Games.”