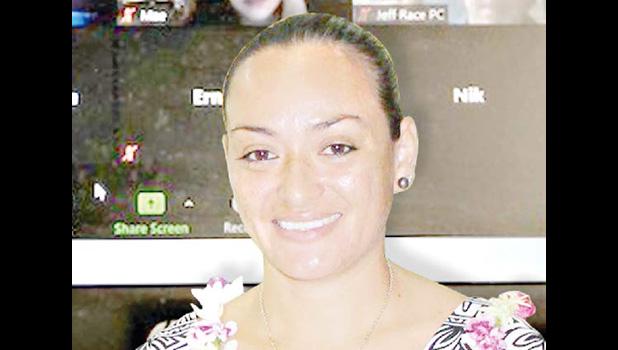 Pago Pago, AMERICAN SAMOA — The Oceania Tennis Federation (OTF) held their AGM virtually last week with 35 attendees. It was an Election Year of a new Board. This was a historic day for the OTF and Pacific Oceania with 5 of the new OTF Board of 8 elected (63%) being women.

One of the new board members is Florence Wasko of American Samoa. Wasko is ASHSAA’s certified athletic trainer and the daughter of John and Luau Wasko, and after completing her education, she has returned home to serve her people.

The OTF is embracing the ITF’s 2024 Strategy with one of the ITF’s key Programmes being Gender Equality in Tennis. The ITF aim is to make tennis an Equal Advantage Sport and the new OTF Board is a reflection of this.

A week ago the ITF launched the Advantage All Leadership Programme. This program will see more than 100 women from National Associations from around the world invited to a series of webinars hosted by industry professionals covering a range of topics from developing leadership skills to goal setting and self-motivation. Networking opportunities will also be provided to a select group. The key focus of the programme is to expand the pipeline of female candidates for future Board and Presidential elections with the ultimate aim of achieving gender balance in the Boardroom.

The ITF will be holding on the 12th April the first ITF Global Forum on Gender Equality called “Level The Playing Field.” The event will feature Billie Jean King and a panel of carefully selected experts and athletes from sports and industry who will talk about their experiences, discuss the research and provide their opinion about the challenges and opportunities for women in sport and what needs to change.

The OTF leads the way in gender equality at Regional and National levels and is something that everyone across Pacific Oceania should be really proud of.