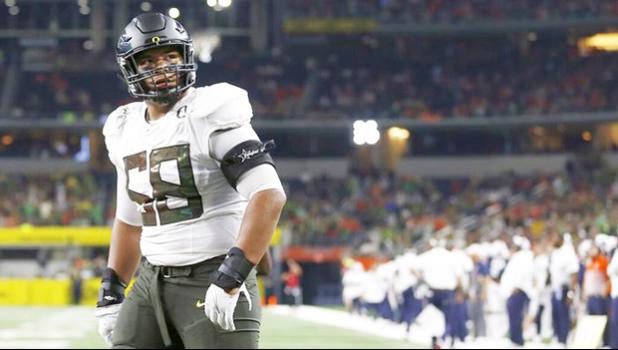 Sewell beat out Wisconsin center Tyler Biadasz and Auburn defensive tackle Derrick Brown for the award, presented annually to the top interior lineman in the country, during The College Football Awards at the College Football Hall of Fame in Atlanta Thursday night. He is the third consecutive sophomore to receive the award, just the eighth winner from a Pac-12 school and the third since 2000.

Sewell, who is from American Samoa, is the first Polynesian to win the Outland Trophy.

“For all the kids on the island, y’all can do it,” he said after winning on ESPN. “You see me out here, y’all can do the same thing.”