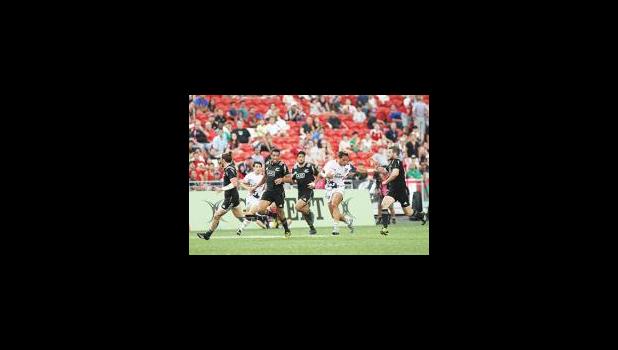 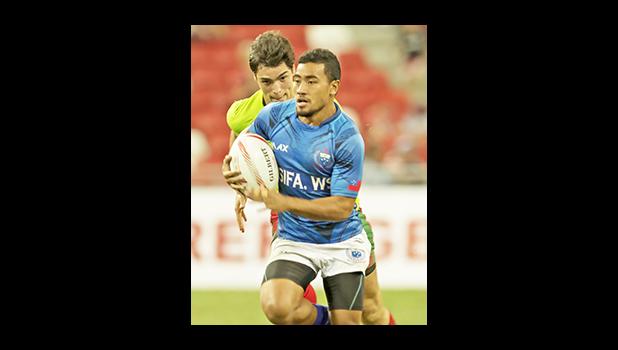 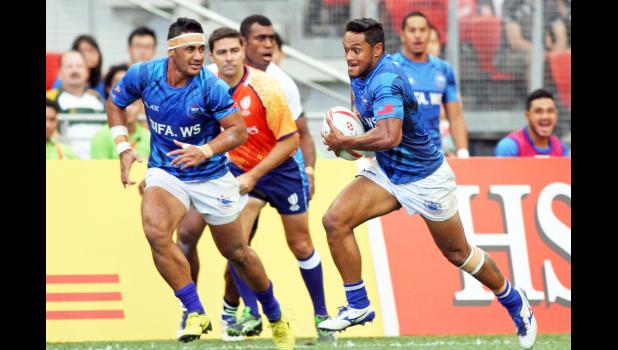 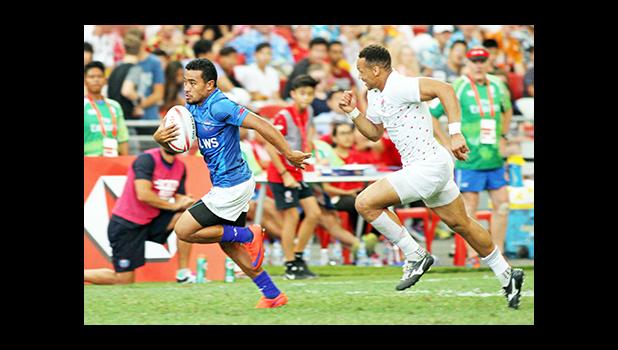 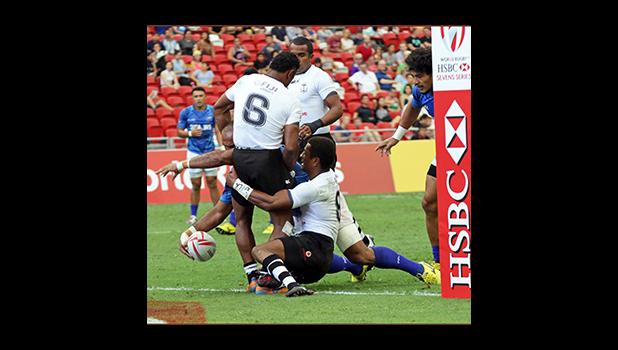 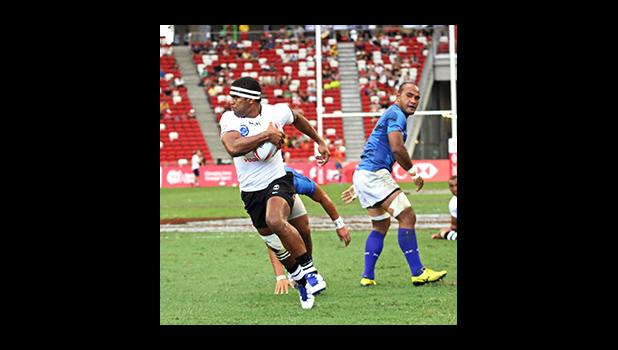 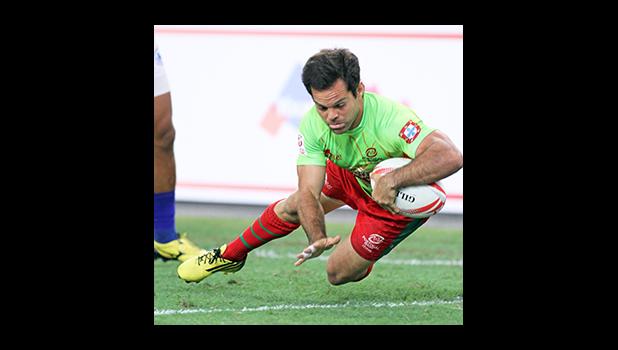 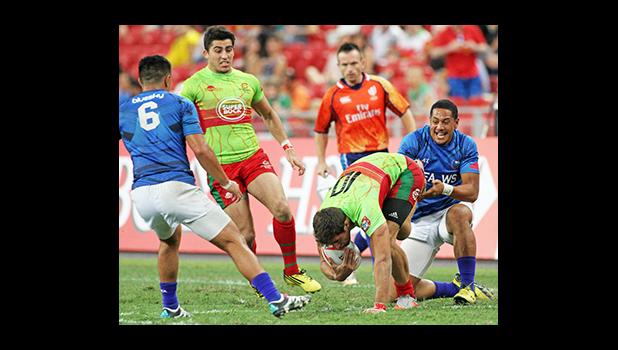 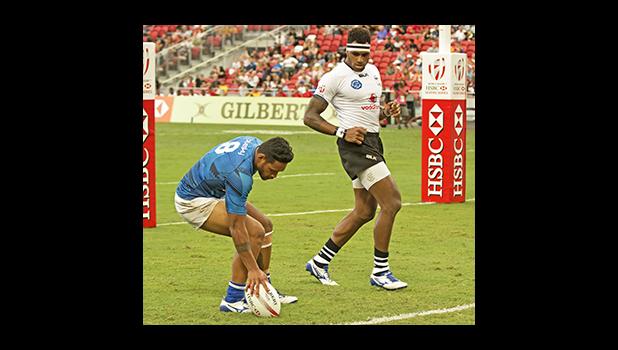 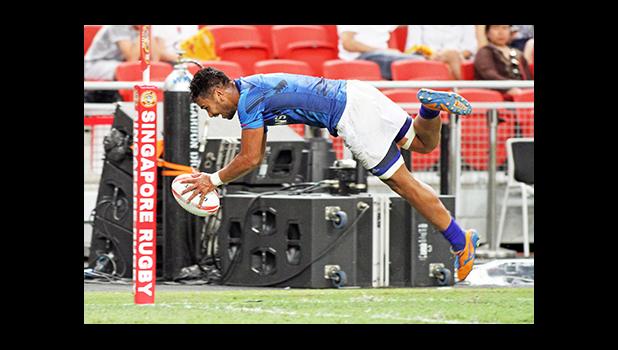 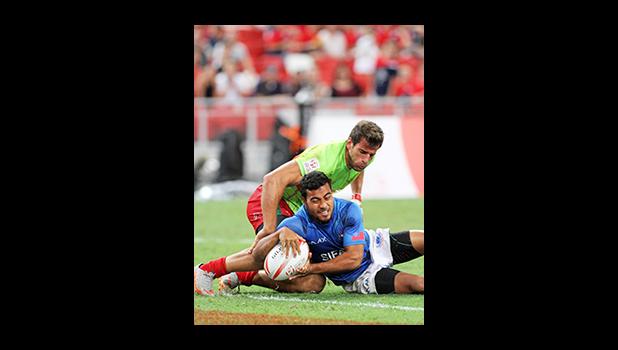 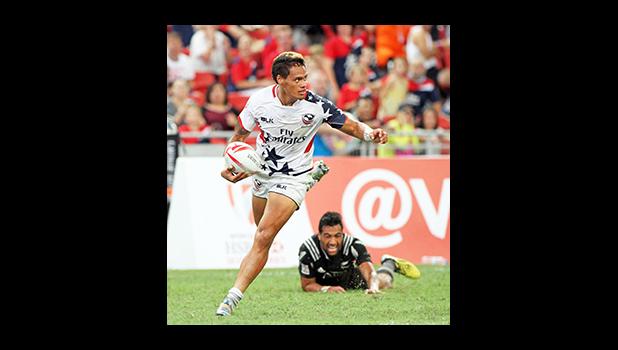 South Africa join France as the only sides to win all three of their matches at round eight of World Rugby's Sevens Series in Singapore.

France won all three of their matches against New Zealand, USA and Canada to book their place in the quarter finals on day one.

Les Bleus opened up with a shock 24-0 win over New Zealand, their first over Gordon Tietjens' side since the 2005 Paris Sevens Cup semi finals – a tournament they went on to win.

France will face Kenya in the quarter finals after finishing top of Pool B thanks to 19-17 and 26-19 victories aginst the USA and Canada with Virimi Vakatawa scoring in all three matches, notching up his 50th career try on the way.

South Africa also maintained a 100% record on day one and will play New Zealand in the last eight after wins against Scotland, Russia and Kenya.

Kenya made their way through on points difference over Scotland having played out a 12-12 draw despite the 14-0 defeat to their African neighbours. Seabelo Senatla scored four for the Blitzboks on day one incuding his 50th of the season.

Argentina were the third side to ensure they topped their pool despite finishing their day with a a 21-21 draw with Japan. Having beaten Australia 12-7 in their first match with tries from Javier Ortega Desio and Ramiro Finco and Wales 42-21 thanks to a hat-trick from Juan Pablo Estelles their draw was enough to set up a match with the runners-up from Pool A Samoa.

Fiji topped Pool A despite losing 28-14 to Samoa in their opening pool match for the second time in a row after doing the same in Las Vegas and losing Semi Kunatani to injury in the same match.

(Kick off times are local time – GMT plus eight hours)