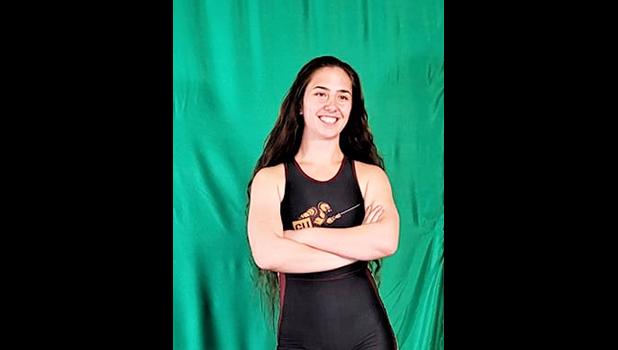 Stephanie Floor, of Ili’ili, American Samoa and Marlboro, New York, is a senior at Gannon University in Erie, Pennsylvania and a member of the university’s Women’s Wrestling Team.

Speaking of her latest achievement following this past Sunday’s event, Stephanie said, “I pinned the girl in like 18 seconds from an undertook to a knee tap straight to her back but she fell out of bounds then we resent and I did a duck under to a suplex twice for a tech fall”.

Her second match was against Katrina Anderson of Ferrum College. Katrina was leading the back and forth match 10 to 8 but with 1 minute remaining Stephanie was able to defend Katrina’s takedown and put Katrina on her back for the pin.

She dropped her semi-finals match to eventual champion Kandall Bostelman of Wyoming Seminary 10-5 in what was a closely fought contest. “I had her pinned but the ref didn't call it. I took a shot and rolled her to a pin but it didn't stick and we restarted, I had like 20 seconds and I rushed a shot and she scored.” Stephanie said.

In her 4th match of the day she squared off against Tiffin University’s Sidney Ramos.  Stephanie got a take down with an under hook to a knee tap. Sidney scored on a single leg and a push out for 3.   Stephanie then went for a blast double and ran her out of bounds and got a push out point getting a tie. With Stephanie scoring last she was awarded the win which had her now wrestling for 3rd place.

Stephanie’s final match of the day was against another wrestler from Tiffin University, Nia Miranda who was able to dominate the match for the win.

“I’m pretty happy with my results.  My coach has been working one on one with me and we feel that we have a good plan for our next tournament.” She added.

Gannon is ranked tenth in the country. Nine girls stood on the podium earning Gannon a second place finish in team points.