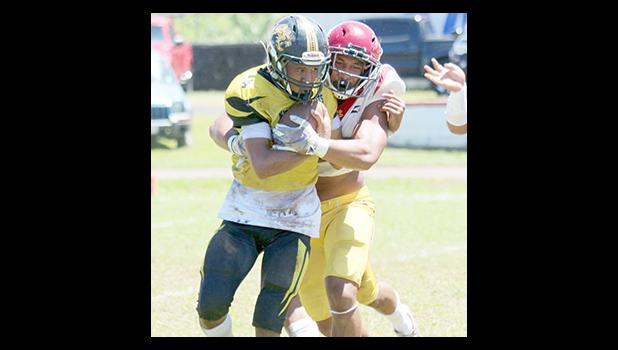 Francisco played quarterback at THS under Head Coach Kevin Magalei in his freshman and sophomore years.  He transferred to Saint Thomas Aquinas in California for his Junior year of high school and Francisco and his younger brother Francis, a top 10 player in the 2023 class, made the decision to play in American Samoa this year during the fall season when California moved the high school season to January.

Mauigoa picked up the offer from Washington State a month ago and it always felt like a matter of when, not if, he would commit to the Cougars.  The Cougars are obviously very familiar with the Mauigoa family as Francisco's older brother Frederick finished up his career at Washington State last year where he started the teams last 39 games at center.

He has offers already in from schools like Alabama, LSU, Michigan, USC,Army, Hawaii, Idaho, San Jose State and Utah State.