Tafuna Jets take Cup, and No. 1 spot in women’s soccer 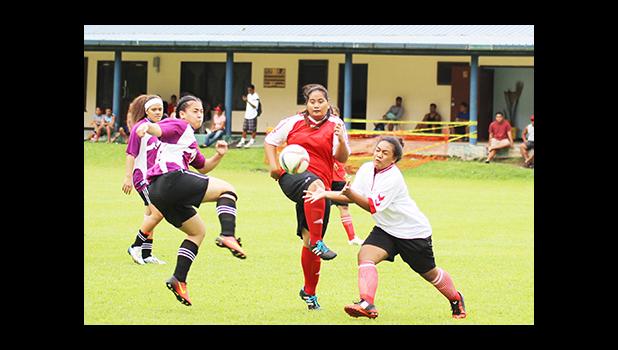 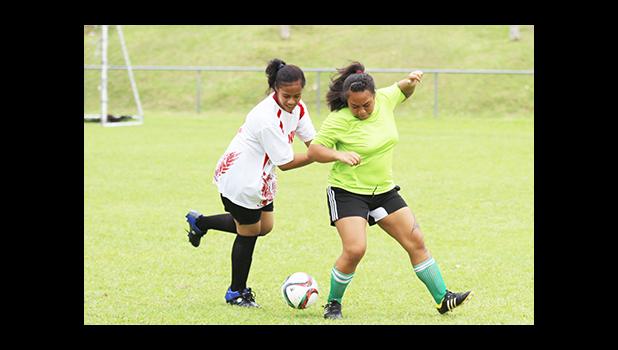 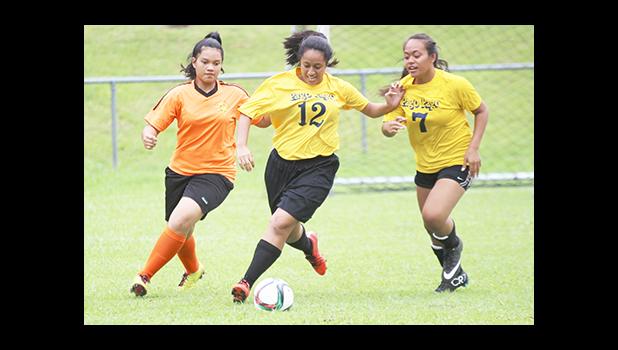 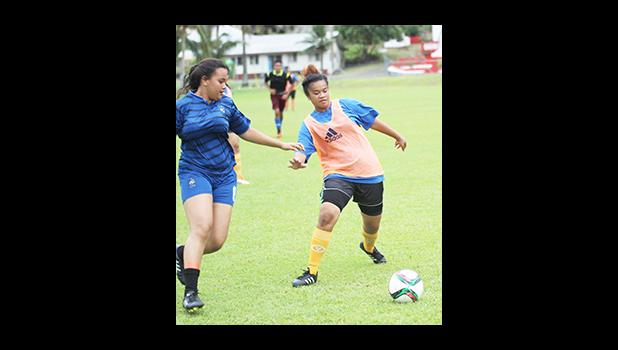 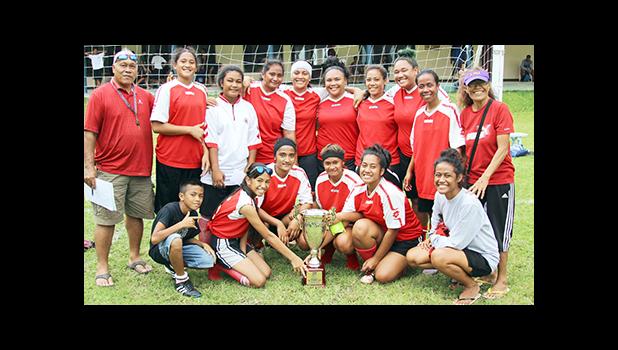 The Tafuna Jets took the women’s National Cup away from PanSa with a 1-0 win on Match Day 5 of the 2016 FFAS National League.

Besides taking the cup away, they are now the sole, No. 1 team in the standings after the games at Pago Park Soccer Stadium on Saturday, Sept. 17, 2016. In other games, it was Lion Heart 2, Vaiala Tongan 0; Pago Youth 2, Utulei Youth 0, and Royal Puma 1, Green Bay 0. Ilaoa & To’omata was off with a bye.

A successful tackle deep inside PanSa territory saw Vasati Makiasi then beat the second to last defender and score the game’s only goal with a shot that somehow stayed on the inside of the near post.

Tafuna had one more change in the first half to increase the lead, but Beulah Oney’s shot went straight to goalie Filiga Ioapo. Oney was the anchor in the back for the Jets, sending back attack after attack to help her team hold on for the win.

PanSa had a shot themselves to equalize late in the second half, but their free kick from the edge of the box was blocked out of bounds. The Tafuna Jets did enough to hold on for the win, taking away the Cup and also becoming the sole possessor of the No. 1 spot in the standings. PanSa falls down to the No. 3 spot.

After holding on to the Cup for five weeks PanSa, the Jets are the new holders with only three games remaining, in their two, round-robin competition amongst the nine competing teams.

Lion Heart’s 2-0 win over Vaiala Tongan assured them the second spot behind the Tafuna Jets in the standings, moving up one spot ahead of PanSa.

Lei scored twice for Pago Youth to help them earn their first win of the season over Utulei Youth.

Pago is sixth in the standings while Utulei is eighth. ROYAL PUMA 1, GREEN BAY 0

Vai Su’a Leu scored the lone goal for Royal Puma, and it was the team’s first win of the season as well, good enough to push them up to fourth place in the rankings.