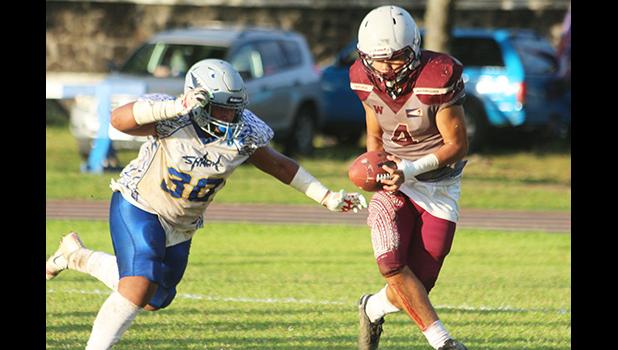 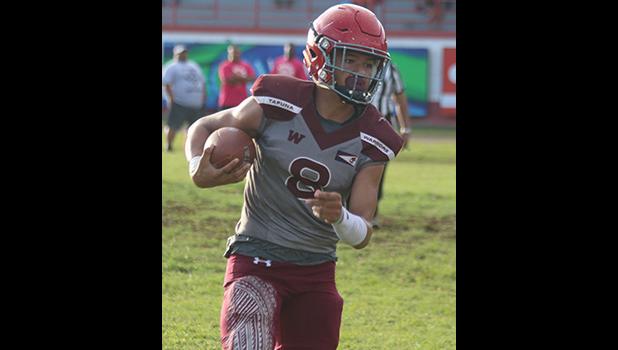 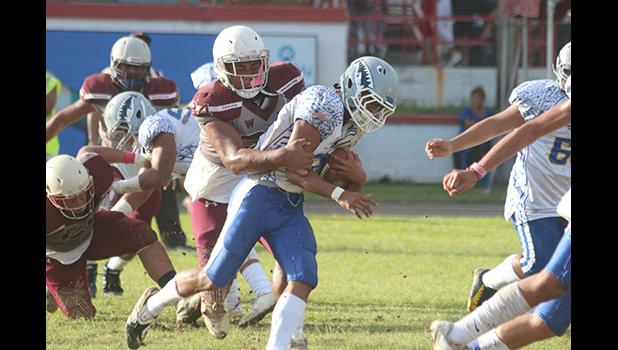 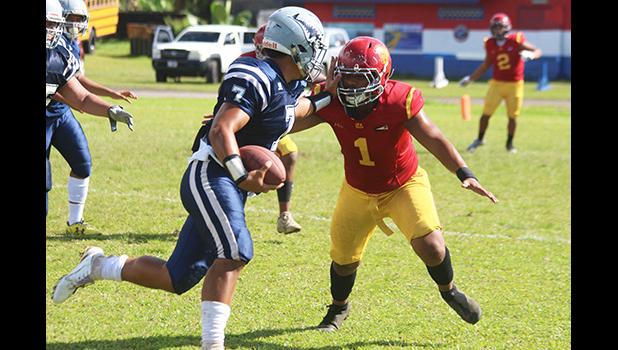 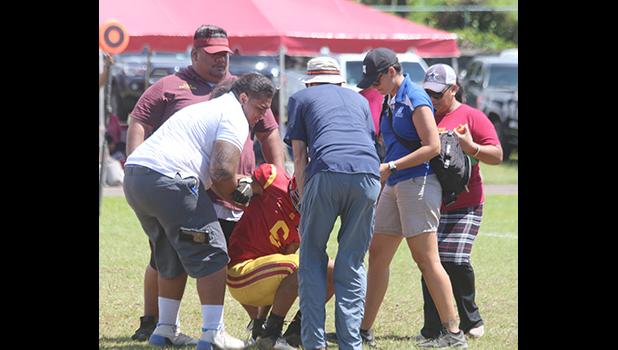 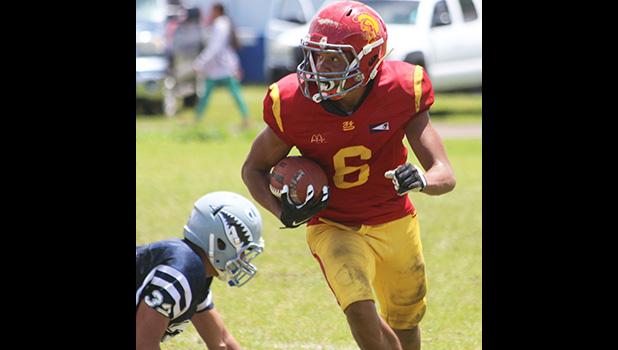 Pago Pago, AMERICAN SAMOA — The Warrior Nation is celebrating its ‘Back-2-Back’ undefeated championship title in the JV division, after overpowering the Samoana Sharks in the final showdown of the season last Friday at Veterans Memorial Stadium .

The 34-8 victory was a showcase of unstoppable offense by Tafuna.

In the varsity division, Samoana brought the heat and a vengeful focus after their JV squad suffered the night before. Head coach Pati Pati’s Blue Empire edged the Warriors in a heart stopping match that went down to the wire, ending with a 34-32 victory for the Sharks.

Samoa News notes that the game changer this second time around, was Samoana kicking things off with their starting quarterback, Viliamu Tanielu at the helm - compared to their first round loss against Tafuna, where the Sharks started Avory Seumanutafa at quarterback and didn’t field Tanielu until the third quarter.

Head Coach Kevin Magalei and the Warrior Nation brought their ‘A’ game to the final showdown of the season in the JV finals and it paid off, slaughtering the Sharks in a precise passing game that Samoana couldn’t stop.

The Warriors decimated the Sharks, whose offense took up most of the first quarter in field possession. Tafuna’s very first offensive play of the game went downfield for 6 after Starlight Lotulelei sent Chan Ah Loe on an 80-yard touchdown with just 2:22 remaining in the first quarter. The two point conversion was good and put Tafuna up by 8.

7:32 into the second quarter and Tafuna’s reverse halfback pass from Chan Ah Loe to Starlight Lotulelei caught the Sharks defense off-guard when Lotulelei ran to the end zone to score on a 25-yard reception, adding 6 more for the Warriors. Not too long after that, Lotulelei showed off his throwing abilities when he dropped back to fire a long pass to Charles Na’a, for Tafuna’s third touchdown. They were now up by 20.

Late in the first half, Lotulelei sent #10 out to the sidelines with a pitch play, and he boosted down the sidelines for a 77-yard reception, Tafuna’s 4th touchdown with just 2:12 remaining in the second quarter. The two point attempt was good and extended the lead to 28.

Samoana gained momentum during the opening of the second half, after 2 big carries by Johnny Fano spotted a threatening first down situation inside the red zone at the 3-yard line. From there, Fano carried Samoana’s first touchdown. The two point conversion by Fano gave Samoana 6 points on the board.

Tafuna had a steady running game to open up the final quarter, and found themselves in good field position with just 6:12 remaining in the game. Tafuna’s third and goal at the  3-yard line and Lotulelei rolls out with the play action pass, finding Charles Na’a in the end zone for one more touchdown, closing it out at 34-8.

Tafuna’s ‘No Fly Zone’ defense could not hold back the Blue Empire’s ‘Air Attack’, masterminded by Sharks offensive coordinator Keith Leuta, and carried out by quarterback Viliamu Tanielu.

Samoana didn’t hesitate to go to the air in their first offensive possession, and it worked out well for them. After two good long passes to Kobe Lefiti and King Moe, the Sharks were in the red zone to start off their first offensive series of the game. Samoana’s third and goal from the 8-yard line and Tanielu fires a quick corner route pass to Lefiti to score the first touchdown of the game. The two point attempt was good.

Late in the first quarter with just 3:38 remaining, Tafuna answers back with a long pass from Oakland Salave’a to John Allen for a 79-yard reception, their first touchdown of the game.

Samoana went to the air as Tanielu hooked up with Malaetasi Amisone to take the Sharks to the 3-yard line for a first down. With just one second remaining in the first quarter, Samoana’s quarterback faked a pass and opted to tuck and run with it to the end zone for the Blue Empire’s second touchdown of the game. The two point attempt was a reverse wide receiver pass from Avory Seumanutafa to Amisone to keep the Sharks in the lead,16-6.

Tafuna didn’t like Samoana’s defensive linemen bringing the heat through midfield, so they let them come through the middle, while Salave’a fired a quick wide receiver screen pass to John Allen who maneuvered past defenders and ran downfield for a 35-yard touchdown with just 3:09 remaining in the first half.The Warriors offense stuck to the passing game. Salave’a rolled out of the pocket and lobbed a long pass to Herman Sufia for a 30-yard reception, giving Tafuna their first lead of the game, 18-16, with 1:22 remaining in the first half.  With just 20 seconds remaining in the second quarter, Samoana went to the ‘Air Attack’ again - third down from the 25-yard line and Tanielu fires a sharp hook route pass to Malaetasi Amisone for another touchdown, putting the Sharks up 22-18 heading into halftime.

Samoana opened up the second half with the passing game again and with no hesitation, they got into the end zone with just 6:53 into the third quarter, after a pair of good passes to Seumanutafa and Amisone.

Samoana’s first down from the 3-yard line, Tanielu scores his second touchdown, putting the Sharks up 28-18.

To open up the final quarter, the Warriors were penalized and moved back. Samoana’s defense brought the heat, with Salave’a and his offense pinned deep in their own territory with a 4th and long conversion. Samoana looked to defend the punt, but were stunned when Salave’a faked it and instead, fired a long pass to Isaiah Gurr who hauled in an 80-yard reception with just 10:54 remaining in the game.

7:25 remaining in the game - Tafuna’s third down from the 30-yard line, and Salave’a throws another Warriors touchdown. The two point conversion was good.

The Sharks were on the edge of their seats as Tanielu and the Blue Empire offense took the field for the final time with just 31 seconds remaining in the game. The fans exploded with excitement when they saw Tanielu firing two long passes to Seumanutafa who made two good catches, and moved the Sharks to the 3-yard line with just two plays. From there, Tanielu went on to score the final touchdown of the game, sending Tafuna home with their second loss in a row.