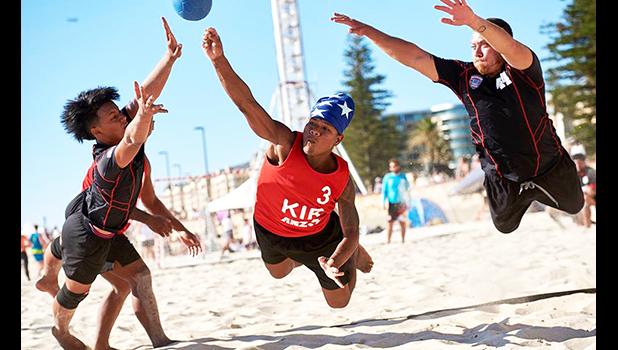 Adalaide, AUSTRALIA  — The territory’s National Handball Association, fielding its first men’s team for an international competition, beat Kiribati for the first time in an Oceania game. American Samoa also won over Cook Islands during the Australian Beach Handball match. They took 4th place in the Oceania Championship, loosing to the Cook Islands.

The territory’s national women’s team took the Silver Medal in the Oceania champions during a tough match against Australia.

American Samoa Handball Association (ASHA) president Carl Floor Sr., who is also one of the coaches, said Lynette is the newest and youngest member of the territory’s national team, at age 14. “We are all very proud of her,” he said from Adelaide.

The men’s team - participating in the Oceania for the first time -  who took 4th place in the Oceania Championship after loosing to the Cook Islands. “We are very proud and how far are boys have come in such a short time.  We cannot question their heart and toughness,” said ASHA in a statement. “Nice try boys were proud of you. Congratulations to our players.”