Tilali Scanlan sets the crowd on fire with silver win 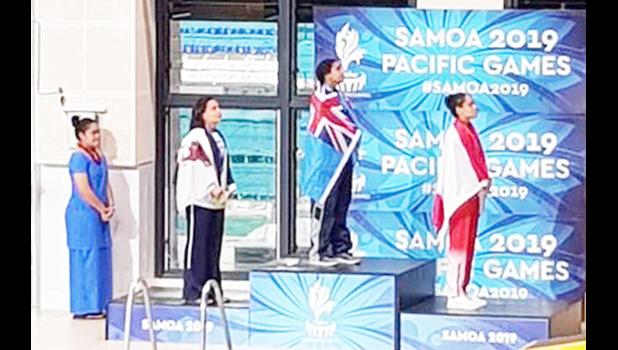 Apia, SAMOA —The sky had cleared, but instead the sound of fans cheering could be heard thundering outside Aquatic Centre Faleata on Thursday's third evening of swimming finals.

Cook Islands, Guam, and American Samoa all reached the podium for the first time at the Samoa 2019 XVI Pacific Games, adding to a number of captivating storylines that have developed over the first days of competition.

Moana Wind brought home gold for Fiji, but it was Tilali that set the crowd on fire with her silver medal finish and the first ever medal in swimming for American Samoa at the Pacific Games. Tahiti’s Poerani Bertrand won bronze, her team’s third of the evening.

After the Games Tilali heads to the FINA Long Course World Championships in Gwangju, Korea.