Vikings crush the Wildcats in their biggest win yet 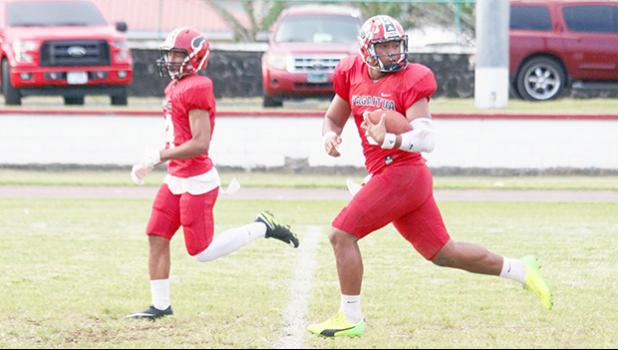 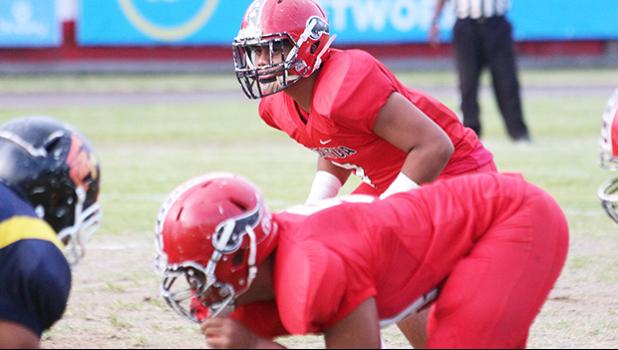 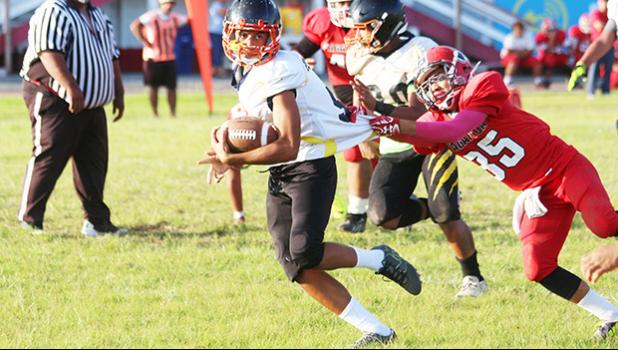 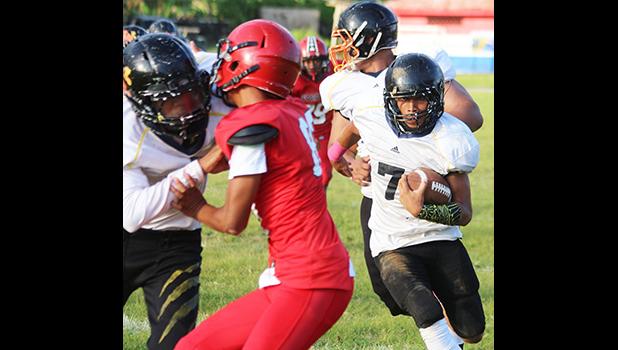 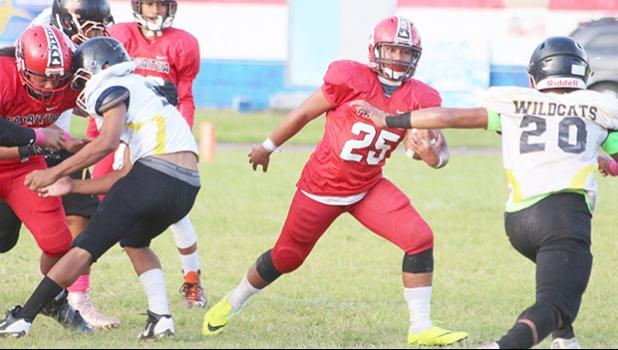 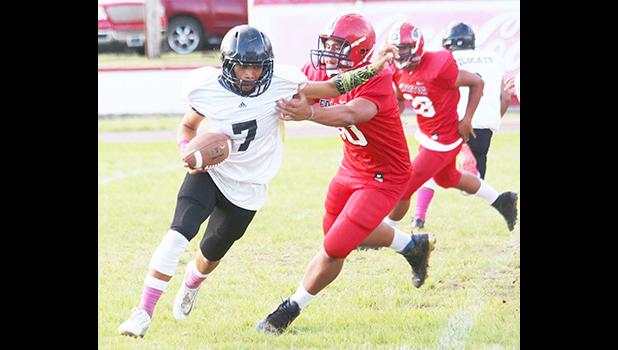 Meanwhile Nu’uuli JV picks up its first win of the season
By
Tony Gasu
tony@samoanews.com

Officially opening the 8th week of the American Samoa High School Athletics Association (ASHSAA) Football Season was the battle between the Faga’itua Vikings and the Nu’uuli Wildcats, where the Vikings claimed victory in the varsity division, by a huge margin that hasn’t been accomplished before this year — a 54-14 victory.

In the meantime, Head coach Andrew Bill Ena and his Wildcats celebrated their first win of the season in the JV division after they nearly shut down the Vikings with a 14-6 victory last Thursday evening.

The celebration after the match was heard loud and clear from the Lions Park in Tafuna, as they made their way back to campus.

Wildcats second down from Faga’itua’s 10-yard line and Maea sends Joe Savaii up the middle with the first touchdown of the game.

The two point conversion was the same play to Savaii again and was good enough to secure an 8 point lead at 8:12 in the opening quarter of the game.

The Vikings fought hard to gain momentum into Wildcats territory, but Nu’uuli’s defensive unit led by Koa Leama was relentless as they shut down the Vikings completely in the opening half of play.

It wasn’t until the final minutes of the third quarter that Faga’itua finally answered back – Vikings first and goal inside the red zone and Elijah Taufuiava on a reverse play forces his way into the end zone for the Vikings first touchdown of the game.

The two point attempt was unsuccessful as Leama and the Wildcats defense stopped the play immediately in the backfield for a loss as the Vikes inched back to trail the Wildcats 6-8.

In the final quarter of play, Nathaniel Maea threw a long pass to Sa Vaifanua for a long reception, bringing the Wildcats up to Faga’itua’s 10-yard line.

Wildcats second down from there, and Maea tucked and ran the ball in for six, as Maea scored his first touchdown of the game, securing the 14-6 victory over the Vikings into the final seconds of the game.

Even though their JV had won the night before, the luck didn’t rub off on the varsity unit, as the Wildcats suffered a crucial loss against the Vikings, as they are still in search of a win in the ongoing regular season. Meanwhile, Vito Kitiona and the Vikings offensive unit scored three touchdowns – all in the first quarter.

Faga’itua opened up with their No-Huddle running game, chunking up yards and picking up the pace in their unstoppable running game.

The Vikings kick off to the Wildcats was caught by Joe Savaii and as he tried to return the kick, he was met hard by Georgia Mageo, causing a fumble for the second time on a kick off return for the Wildcats, that was recovered by Faga’itua inside Nu’uuli territory.

Vikings first down from Nu’uuli's 25-yard line, and Vito Kitiona with an open field in front of him, tucked and ran the ball in for six, for the Vikings second touchdown of the game.

5:40 still in the opening quarter, and the Wildcats shocked the Vikings with a simple pitch play from midfield.

Nu’uuli’s first down from the Vikings 45-yard line and Ziggy Faletoi pitched the ball out to star running back, Iosefa Mauga who slipped out to the sidelines and turned it up as he boosted towards the end zone for Nu’uuli’s first touchdown of the game.

The two point conversion was a sweep play out to Mauga again to secure the team's first 8 points of the game.

Not too long after that, Kitiona led the Vikes back into Wildcats territory, continuously pursuing their ground game, as Kitiona dumped a screen pass to Pitonu’u Ah Sue from Nu’uuli’s 23-yard line.

Ah-Sue muscled his way into the end zone to score his second touchdown of the game at  3:22 still in the opening quarter of the game.

The two point conversion was a roll out pass to Steven Fiso which was broken up by Iosua Hemingway of Nu’uuli.

9:03 in the second quarter of play, and the Vikings continuously punished the Wildcats in the running game.

Faga’itua’s third down from Nu’uuli’s 15-yard line and Kitiona - who couldn’t find an open receiver - opted to tuck and run it in for his second touchdown of the game, giving the Vikings a 32-8 lead.Just before half time, the Wildcats surprised the Vikes again – a third down situation for Nu’uuli from midfield, and Mauga slipped through the middle of the Vikings defense and out to the end zone for his second touchdown of the game, bringing the Wildcats back to trail 14-32.

The second half of play saw the Vikings intensify in strength with their No-Huddle attack – as they played their option game perfectly. The running trifecta between Kitiona, Ah Sue, and DJ Grey pulled the Vikings up by a huge margin, as their defensive unit led by freshman linebacker Georgia Mageo and freshman defensive lineman Maurice Ta’ala shut down the Wildcats throughout the second half to secure the huge 54-14 victory.