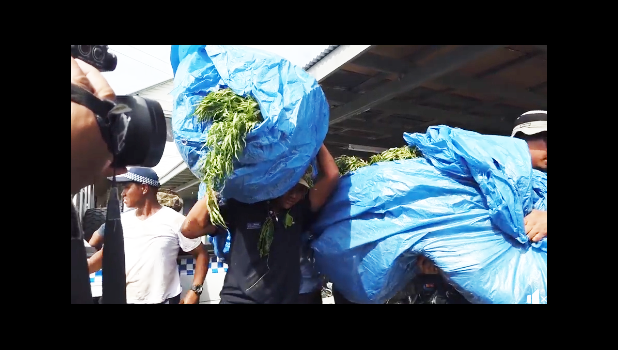 The operation in the deepwoods of Faleatiu Thursday morning saw six suspects being arrested in relation to the bust that includes two females and escaped prisoner Uili Manuleleua.

Police Commissioner, Fuiavailiili Egon Keil led the successful operation with the support of 100 police officers in surveillance and a few in police uniform