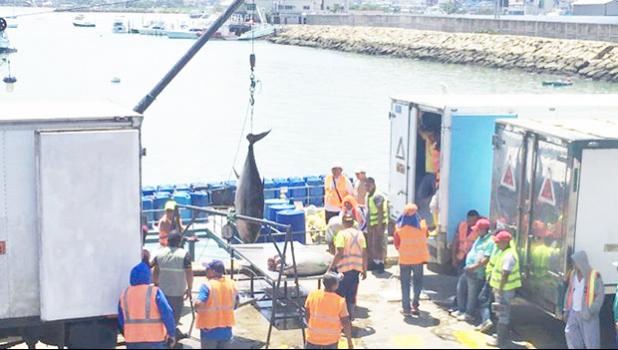 Bangkok, THAILAND — Skipjack tuna prices in key processing hubs such as Thailand and Ecuador are expected to weaken in June, signaling the downtrend started last month might continue into the summer months.

Higher Chinese offering in key markets and lower demand in the Middle East were mentioned as the key bearish drivers, while some sources in Ecuador pointed out that price instability is hindering commissioning of new fishing vessels in Latin America.

"Skipjack prices are currently tumbling on most markets," one US-based source said, stressing prices were falling "faster than expected".

Prices on "both these markets are expected to continue downwards with lots of fish in the system and unloading back-ups", the first source also pointed out.

"Prices might be possibly falling further, due to full cold stores and lower demand," a second source, located in the US, agreed.

“The ports are full of tuna,” said the third industry source at the Thaifex show. “There is increased fishing capacity, Korea, Taiwan, China – they’re all building super purse seiners," the third source noted.

Besides increased catch, US tariffs of 25% on imports of tuna from China has sent a shockwave through the market, with Chinese cooked tuna loins “too expensive” for the US market, added the third source. “China cannot sell to the US with 25% tariffs. It’s impossible.” He reckoned more Chinese tuna would need to be shipped to Thailand instead.