Women under siege: Violence and harassment, statistics in Pacific dire 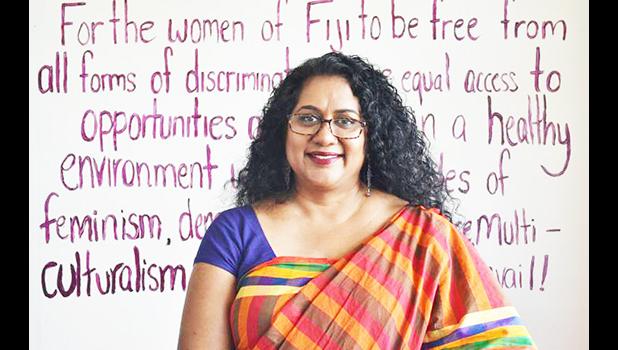 Nouméa, NEW CALEDONIA — When we talk about an issue as serious as violence and harassment, there is no room for 'sugar-coating' - the statistics in the Pacific are dire.

The Pacific Community (SPC) is convening the 14th Triennial Conference of Pacific Women and the 7th Meeting of the Pacific Ministers for Women: "Our Ocean, Our Heritage, Our Future - Empowering All Women in the Blue Pacific Continent."

The United Nations is a key partner of the event, which offers a platform to share and reflect on the challenges, progress and proposed recommendations towards gender equality and the full realization of women's human rights in the Pacific.

In recent years the international media has given greater attention to women's allegations of sexual abuse and harassment in the workplace, including the world of politics and the entertainment industry.

Public outcry has resulted, as some of the allegations appear to uncover widespread patterns of such abuse. This attention has lead to some powerful men being removed, or resigning from their positions, and in some case criminal prosecutions.

The highly publicised cases also revealed that these prominent cases of sexual harassment are only the tip of the iceberg, and inspired millions of women world-wide to share their own experiences over the internet, through social media movements such as #MeToo.

While sexual harassment is a pervasive problem there are other unacceptable behaviours and practices that cause physical, psychological, sexual, and economic harm in the workplace.

Violence, abusive behaviour and harassment in the workplace can cause anxiety and deep suffering. In extreme cases they can lead to murder and suicide.

Women are those most affected by these negative behaviours - causing negative impacts to their lives and careers. Violence and harassment also cost enterprises billions in absenteeism, replacement costs and productivity.

In 2018, workplace sexual harassment cost the world $2.6 billion in lost productivity and $0.9 billion in other financial costs.

Gender-based harassment deprives people of their dignity, gets in the way of decent work, and is a threat to equal opportunities and to safe, healthy, and productive working environments. It remains a world-wide problem affecting every region, including the Pacific, and across all employment sectors.

They acted decisively by adopting the Violence and Harassment Convention (No. 190) and Recommendation (No. 206).

Speaking on the adoption of the Convention Guy Ryder, Director-General of the International Labour Organization, stated:

"The new standards recognize the right of everyone to a world of work free from violence and harassment. The next step is to put these protections into practice, so that we create a better, safer, decent, working environment."

Convention No. 190 places special emphasis on violence and harassment against women because they are disproportionately affected. Gender inequalities and harmful norms in society at large and particularly in the world of work expose women more to risk. Incidents of violence and harassment adversely impact women's ability to access, remain in and advance in the labour market.

Moreover, Convention No. 190 recognizes the link between domestic violence and the world of work, since domestic violence can affect people's ability to get to work, to perform adequately in their job duties, and to require time off work to recover, access medical, psychosocial and justice services. Domestic violence can also affect employment, productivity and health and safety of survivors as well as other colleagues. Governments, as well as employers' and workers' organisations and labour market institutions can help, as part of other measures, to recognise, respond to and address the impacts of domestic violence.

In 2019, UN Women and the ILO joined forces to develop the "Handbook on Addressing Violence and Harassment against women in the world of work" in recognition of the need to both call for real change to achieve safe, healthy and respectful work environments. The Handbook will provide stakeholders with examples of good practices from governments, employers, trade unions and non-governmental organizations (NGOs) to prevent and respond to violence and harassment in the workplace.

"We can all work towards safe workplaces for everyone by providing a strong support network and being informed on these issues. We must stop victim blaming. Violence should not be condoned. Change and proactive steps should be taken at all levels to end sexual harassment in the workplace," said Nalini Singh, Executive Director, Fiji Women's Rights Movement.

When we talk about an issue as serious as violence and harassment, there is no room for 'sugar-coating' - the statistics in the Pacific are dire.

A 2016 study by The Fiji Women's Rights Movement revealed that out of one thousand women surveyed, one in every five had experienced sexual harassment in the workplace.

The sectors reporting the highest incidence of harassment were the tourism industry (accommodation, hotels, restaurants and bars), followed by the Public Service, Health, and Retail sectors.

This is horrific considering the Pacific Region also has one of the world's highest rates of domestic and sexual violence; with the regional average of 2 in 3 women experiencing intimate partner violence across their lifetimes.

In 2012, the Pacific Island Forum leaders called for an end to violence against women and for their economic empowerment through safe workplaces.

In 2017, the 13th Triennial Conference of Pacific Women made specific recommendations to advance the elimination of sexual harassment in the workplace, calling on the public and private sectors to improve working conditions for women by adopting clear harassment policies.

Although the majority of Pacific Island countries and territories have dedicated legislation to address domestic violence, many lack explicit workplace violence and harassment laws, and many workplaces do not have clear policies to support women.

Women also face numerous barriers to reporting violence - whether at home or at work; barriers which could be addressed by adequate policies and support mechanisms. Key barriers include access to support and services, and harmful social norms which justify men's violence and control of women.

Women's rights organizations around the region have been at the forefront of advocating for the removal of these barriers and improved policies and laws. These are not trivial issues but a serious breach of fundamental human rights, the right to feel safe and be able to earn a decent living.

"In Tonga, the women's crisis center sought to track the impact of the lockdown on survivors, recording a 54 per cent increase in the number of cases coming in during that period. Tracking continues post-lockdown as the true magnitude of the violence is only just emerging." said 'Ofa Guttenbeil-Likiliki, Director of Tonga's Women and Children Crisis Centre

A STRONG MESSAGE FROM PACIFIC GOVERNMENTS

An agreement of any sort, even a global one, is only as strong as the commitment of its parties. The Pacific has not hesitated to take action.

In May 2020, The Fiji Parliament unanimously voted for the ratification of Convention No. 190 - making it the first in Asia and the Pacific and only second in the world.

The UN System, through the ILO, provided technical assistance in various forms to advance this process; including supporting Fiji, Samoa, and Vanuatu's legal reviews to assess compliance of national legislation, policies and practices with the Violence and Harassment Convention.

In late 2020 Samoa made the commitment to ratify the Convention, with ILO already having commenced the legal review process with the government, workers, employers and other stakeholders.

In March 2021 Tonga successfully established The Sexual Harassment Policy for the Tonga Public Service, with the ILO providing technical support in its development stages.

A CALL TO JOINT ACTION THROUGH PARTNERSHIPS

On April 28, UNWomen, ILO and the Fiji Women's Rights Movement will co-host a special side-event to the 14th Triennial Conference of Pacific Women and 7th Meeting of Pacific Ministers for Women.

Convened under the title: 'Ratification of ILO Violence and Harassment Convention 2019 and advancing gender equality in world of work,' this event will highlight the barriers and challenges that women face in accessing economic opportunities in the informal and formal sectors. It will highlight how women are driving change which is in turn developing women in leadership positions at the local level.

Ahead of this significant meeting, we once more reaffirm our unwavering support to Pacific Ministers for Women and urge them to lobby unceasingly for their governments' immediate ratification of the Violence and Harassment Convention.

Humanity cannot miss the opportunity presented to us by this pandemic to concretely shape a more gender-responsive recovery.