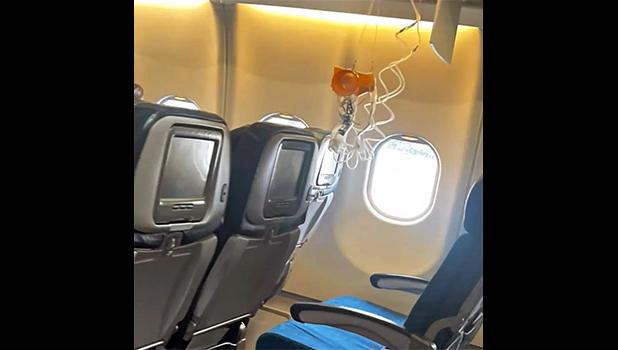 HONOLULU (AP) — A flight from Phoenix to Honolulu carrying many people traveling for the holidays encountered severe turbulence shortly before landing, sending some unrestrained people and objects flying about the cabin and seriously injuring 11, officials and passengers said.

“We are also very happy, and we feel fortunate that there were not any deaths or other critical injuries. And we’re also very hopeful that all will recover and make a full recovery,” Ireland said.

The full flight had nearly 300 people aboard and carried many passengers traveling to Hawaii for the holidays, like Jacie Hayata Ano, who was heading home.

“It was just rocky,” she told KHON-TV. “And then, it quickly just escalated to the point where we’re shaking so much that we were pretty much like floating off of our chairs.”

“I was grabbing the seat in front of me, the top of it, to hang on, even though I had my seat belt on,” she said.

Hawaiian Airlines Chief Operating Officer Jon Snook said such turbulence is isolated and unusual, noting the airline had not experienced anything like it in recent history. Three flight attendants were among the injured, he said.

Passenger Kaylee Reyes told Hawaii News Now her mother had just sat down when the turbulence hit and had not had a chance to buckle her safety belt.

“She flew up and hit the ceiling,” Reyes said.

Jazmin Bitanga, who was also traveling home for the holidays, said there were two drops in altitude, including one that was so strong it sent her boyfriend’s water bottle into the plane’s ceiling.

“I turned around and there was a couple of people bleeding and just bracing themselves,” she told Hawaii News Now. “Just all around me, there were people crying.”

There was some internal damage to the aircraft during the turbulence, Snook said. The fasten-seat belts sign was on at the time, though some of those injured were not wearing them, he said.