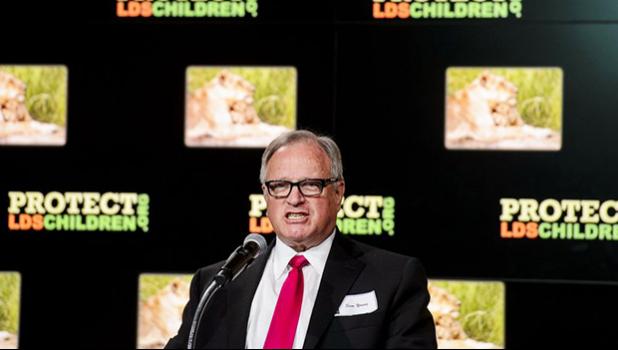 SALT LAKE CITY (AP) — A group of people demanding an end to one-on-one interviews between Mormon youth and lay leaders and the sexual questions that sometimes arise during the meetings plan to march to church headquarters Friday to show they’re not satisfied despite a rule change this week that allows children to bring parents with them.

Group organizer Sam Young, a Mormon father from Houston, says a parent or adult should be required for all meetings that usually happen twice a year starting at age 12. He said sexual questions often become explicit and argues children should only be asked if they are obeying the faith’s law of chastity.

Young is expecting several hundred people at the event that comes one day before a twice-annual conference put on by The Church of Jesus Christ of Latter-day Saints. They plan to deliver 55,000 signatures supporting the cause.

Church officials have said the interviews allow bishops to get to know youth better and determine their religious habits and obedience to God. The bishops are instructed how to handle the meetings and swear to keep the conversations confidential.

The rule change giving children the option to bring a parent or adult with them during one-one-one interviews with local church leaders known as bishops was announced as part of updated guidelines for sexual abuse reporting.

Parents were only allowed in a hallway or adjacent room under old rules. Youth can still go in alone if they choose.

The meetings with children usually happen twice a year starting at age 12. Bishops ask about topics such as school, sports, hobbies, education goals and family issues. The questions sometimes delve into sexual behavior because of the church’s strict teachings on abstinence before marriage.

The bishops asking the questions are always men who make up the religion’s lay clergy and run local congregations for several years at a time while also doing their normal day jobs.

Young’s group took out a full page ad in The Salt Lake Tribune on Thursday telling church leaders in a mock letter that they appreciate the adjustment to the rules but that by not requiring an adult be with the child the religion is “leaving the door wide open for predators.”

“The vast majority of our leaders are good upstanding men. Nevertheless, we do have sexual predators in our leadership,” Young said in the ad, and later, “Many bishops ask disgusting, repulsive and pornographic questions.”

Scott Gordon, president of FairMormon, a volunteer organization that supports the church, said he agrees that bishops shouldn’t be asking inappropriate sexual questions but disagrees with Young’s demand to require that parents be in every interviews and a ban on questions about a teen’s sexual activities.

“What they’re asking is a step too far,” Gordon said. “It’s making the assumption that bishops are sexual predators. They’re not.”

Gordon, who has served a stint at bishop, said he’s fine with parents being in the interview if the child wants, but said that in some cases having parents in the meeting can prevent a child from reporting abuse in the home.

He said questions about sex can be done without bishops probing for explicit details. When he would find out about sexual transgressions, he would follow a similar script.

“I would tell them, ‘Don’t tell me explicit details, but in general, where were you, what got you in that situation, what can we do to prevent it in future?’” Gordon said.