Mormons up missionary calls home from twice yearly to weekly 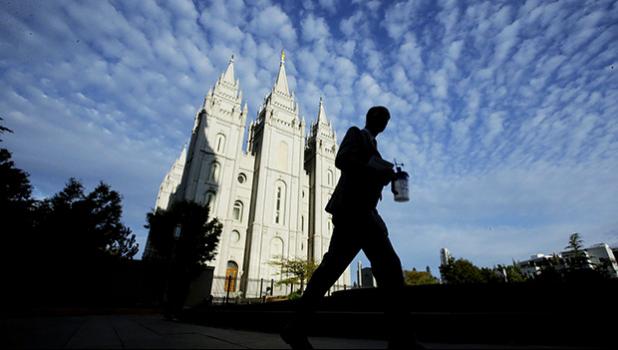 SALT LAKE CITY (AP) — Parents of Mormon missionaries will be able to hear their children’s voices a lot more often under new rules announced Friday that allow the proselytizing youngsters to call home every week instead of only twice a year.

The move is aimed at encouraging families to be more involved in the missionary experience, The Church of Jesus Christ of Latter-day Saints said in a news release . Missionaries can call, text or do video chats once a week on a designated day called preparation day.

Previously, they were only allowed to call home on Christmas and Mother’s Day. They could email or send letters once a week.

The immediate change affects 65,000 Mormons serving on worldwide missions that are considered rites of passage. They are designed to strengthen their faith, broaden their perspective on the world and prepare many of them for future leadership positions in congregations.

The change triggered a slew of reaction among Mormons on social media, with some applauding the move and others expressing concern the faith was getting too soft with missionaries. Others joked that some youngsters may not want to talk with their parents every week.

Jaden Bryner, who served a mission in Chicago about a decade ago, said he thinks the change will help missionaries who suffer with depression and loneliness.

“It’s a great way for missionaries to be able to let out some of their feelings, frustrations and get some support,” said Bryner, 29, of Utah. “I think it’s a going to be a good thing and help missionaries stay out there longer than they have in the past.”

Mormon scholar Matthew Bowman said he suspects the change is related to the 2012 church decision to lower the age for missionaries; from 21 to 19 for women and from 19 to 18 for men. There have been reports of more missionaries experiencing anxiety and wanting to come home, said Bowman, an associate professor of history at Henderson State University in Arkadelphia, Arkansas.

“The idea here is to keep their spirits up and morale up and lower the degree of separation that they’re dealing with,” Bowman said.

Justin Heiden said he emailed with his daughter every week while she was on her mission a few years ago. She was among the early wave of younger missionaries and did well, but Heiden said he and his wife would have loved to have spoken with her more often. He said it’s good news since they have two younger children that will likely go on missions in the future.

“For some kids that could use a little extra support, it will probably help a lot,” said Heiden.

The rule modification is the latest change to the missionary experience in recent years, many driven by advances in technology.

In 2014, the church began giving missionaries tablets and broadened proselytizing to social media. In 2017, the faith doubled the number of missions where technology is allowed and swapped out tablets for smartphones.

Last year, the church began informing people of where they would go on missions online instead of by traditional mail. The move helped the church save money on postage and allowed missionaries to find out quicker, the church said.

Under the new rule, most calls should be able to be made for little or no cost because of advances in technology, the Utah-based church said. The faith claims 16 million members worldwide.

Bowman said most of the mission experience was designed in the 1950s and has grown outdated.

“A lot of these changes are designed to update it to make it more effective, both for conversions and as a disciplinary experience for young Latter-day Saints,” Bowman said.