New qualifications for next debate likely rule out Gabbard 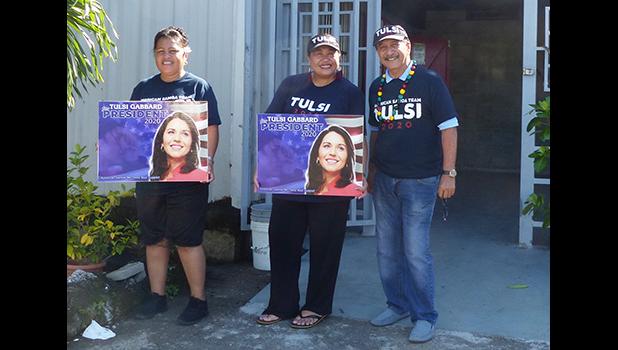 (AP) — The Democratic National Committee has ratcheted up the threshold to qualify for its next presidential debate, requiring candidates to have picked up at least 20% of convention delegates allocated in state primary contests.

Gabbard has struggled to attract support in the contest and has picked up only two delegates — from the U.S. territory of American Samoa, where she was born. By comparison, Biden has more than 660 delegates, while Sanders has over 570.

On Twitter late Friday, Gabbard urged Biden and Sanders to let her join the debate. “I’m sure you would agree that our Democratic nominee should be a person who will stand up for what is right,” she tweeted. “So I ask that you have the courage to do that now in the face of the DNC’s effort to keep me from participating in the debates.”

A two-person debate would be the party’s smallest yet. Ten previous debates had at least six candidates, but many candidates have dropped out since then. Only Biden, Sanders and Gabbard remain in the Democratic race.

The DNC’s new rules require a candidate to meet the delegate threshold by March 15 and pick up more delegates in elections to be held Tuesday in a handful of states, including delegate-rich Michigan.

The party said it will calculate the delegates awarded by adding together those allocated in counts by The Associated Press or CNN to all candidates, including those who were awarded delegates in earlier states but have since dropped out of the race.