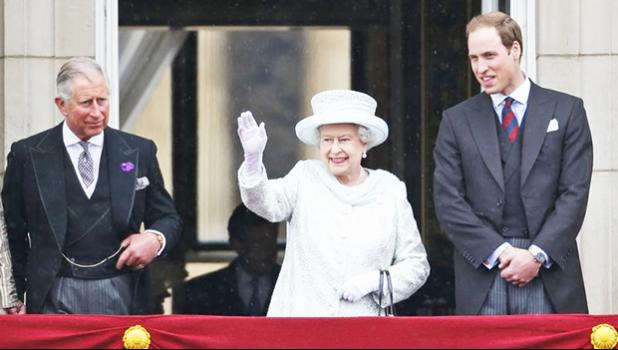 THE FACTS: Queen Elizabeth II has not announced that she will pass the crown directly to her grandson Prince William, despite what articles circulating online claim. The popularity of the younger royals — Prince William, Prince Harry and their wives Kate and Meghan — has spurred speculation that the 92-year-old monarch might make William king rather than her 69-year-old son and heir, Prince Charles. Charles’ image is sullied in some eyes by his messy divorce from the late Princess Diana, his second marriage to the also-divorced Camilla Parker Bowles and his tendency to share his strong opinions on everything from the environment to modern architecture. But it’s wishful thinking. The line of succession is governed by centuries-old rules, and the deeply traditional queen has no intention of altering it. Even if the queen did want to change it, she doesn’t have the power to do so unilaterally. The royal family’s official website explains that “the succession to the throne is regulated not only through descent, but also by Parliamentary statute.” Altering it would need approval from lawmakers, not only in Britain but in 15 other countries where the British monarch is head of state. Also contrary to some reports, the queen has not announced that William’s wife Kate, currently the Duchess of Cambridge, will be known as Queen Consort once her husband takes the throne.

NOT REAL: Tell us your favorite topping and get TWO free large pizzas from Little Caesars!

THE FACTS: Little Caesars is not giving away two large pizzas to users who share their favorite topping on Facebook, despite a coupon circulating on social media. Awkward wording and a misspelling on the promotion hint that it is a hoax: “We need Your Opinion! Tell us what is Yor Favorite topping and get two free large pizzas!” It asks users to share their opinion on Facebook and ‘like’ the page to get their pizzas. Little Caesars warned customers on its Facebook page not to click on the fraudulent ad, saying it was not generated nor distributed by the company. The fake offer is similar to several others that have circulated online recently, including ones for free dinners at Red Lobster and gift cards for Chipotle.