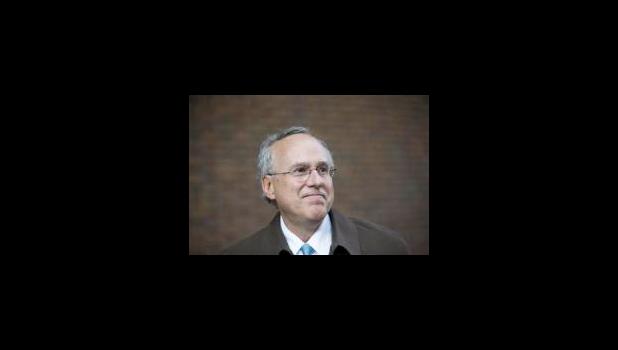 BOSTON (AP) -- The more hits to the head an amateur football player takes, the greater the risk that he will be depressed, have difficulty making decisions or develop other forms of cognitive impairment as an adult, a preliminary study suggests.

The study by Boston University researchers published in the Journal of Neurotrauma on Thursday is the first of its kind to look at the connection between the cumulative number of impacts sustained from youth football through college and later-in-life mental difficulties, according to Dr. Robert Stern, one of the co-authors.

Stern, of the BU School of Medicine, said the study is "an important first step" to guide future research, but cautioned that it should not be used to influence parenting or policy decisions.

"This is not meant to be: 'If you get hit a certain number of times, you will have problems.' That's not how this can be interpreted," he said. "It is important in that it starts to answer some questions. But by no means is it a definitive study. ... It is very preliminary."

The study looked at 93 former amateur football players and, based on their positions and years of experience, calculated how many head hits they likely sustained over their careers. It found that - once a threshold is reached - the risk of later-life cognitive, mood and behavioral impairment increases as the hit count increases.

"Measuring head impact exposure is very difficult," said Yorghos Tripodis, another co-author. "We don't have helmet accelerometers on everybody so we can go back and say, 'How many hits did you have over your lifetime?'"

The study focused on subconcussive blows and not just the ones that are forceful enough to cause concussions. Stern said the focus on concussions has been beneficial, because it has led youth and professional leagues to develop return to play guidelines and other gains in concussion management.

"All those changes have been extremely important," he said. "That said, my strong feeling is that we also have to focus on the hits that don't get diagnosed as concussions. These repetitive subconcussive hits add up tremendously."

The authors acknowledged the study's limitations, including a small sample size and the fact that they were only able to look back at reported head impacts, not study them in real time.

Researchers also drew no conclusions about chronic traumatic encephalopathy, which can only be diagnosed after death. The paper suggested further study using similar head-impact data that could be measured against a CTE diagnosis; future work could also focus on potential risk factors such as genetics, diet and substance abuse, including performance enhancing drugs.

Stern said researchers decided to exclude professional football players and their now well-publicized problems from the study because "they have very different histories from the rest of the world."

"We think it's really important to understand what's going on in people who play just through high school or just through college and not only focus on the very small number of people who go on to play in the pros," he said. "That's not interesting to me. What's more interesting is something that's more generalizable to the average athlete."