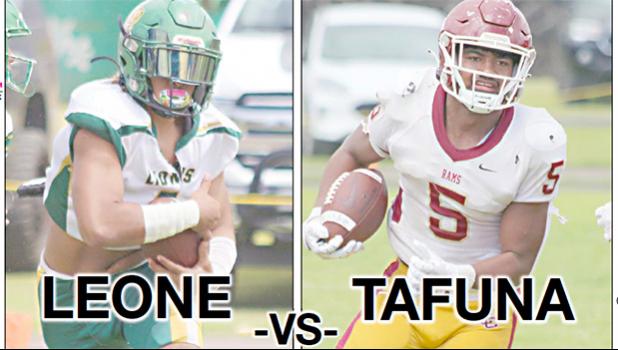 This Saturday, the Leone Lions face off against the Tafuna Warriors in the ASHSAA Football Championship Game. Reigning champions Warriors, are No.1 seed with Leone as the underdogs at No.2 after defeating Samoana last Saturday. The last time the Warriors and the Lions faced off in a championship game was back in 2005 where the Warriors claimed Tafuna’s first ever solo championship title. The opening ceremony is scheduled for 8am followed by the opening kick-off. Good luck to both teams! [photos: Tony Gasu]