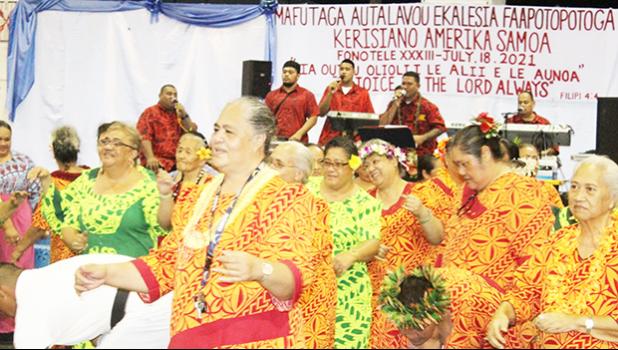 Women with the Matagaluega i Sisifo — Western District of the Congregational Christian Church of American Samoa (CCCAS) during the siva Samoa last week Thursday at the Kanana Fou gym for “Matagaluega Nite” — where such performances were presented by different groups, identified per district. It was one of the events of the CCCAS Fono Tele, which closed last Friday. [photo: Leua Aiono Frost]