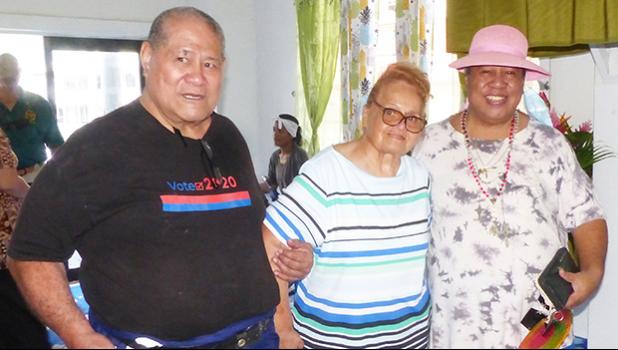 ﻿Rachael Mitchell of Fagatogo (center) was escorted into the polling station by Election Officials to cast her vote. She said her disability  did not stop her from casting her ballot in person — given there were amendments to the American Samoa Constitution on the ballot, something that was important to her. [photo Leua Aiono Frost]