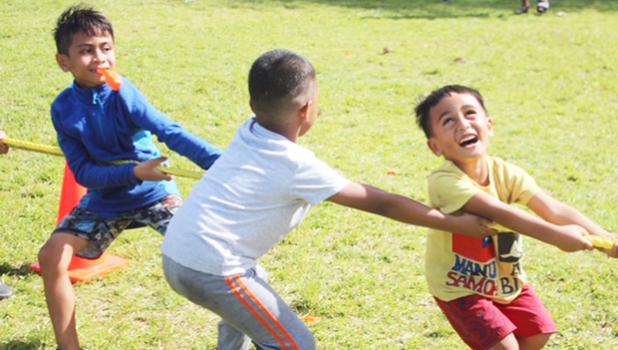 These youngsters really enjoyed themselves during the tug-of-war event, one of the games hosted by the Marist Netball Club Pago during their family fun day at Lions Park on Monday, Columbus Day. The club has grandmothers, grandfathers, mothers and fathers playing with their sons, daughters and grandchildren. They competed in soccer, touch rugby, coconut relay, tug-of-war, Charades, and team cheers.  Great fun was had by all from the youngest to the oldest member. [photo: Marist Netball club]