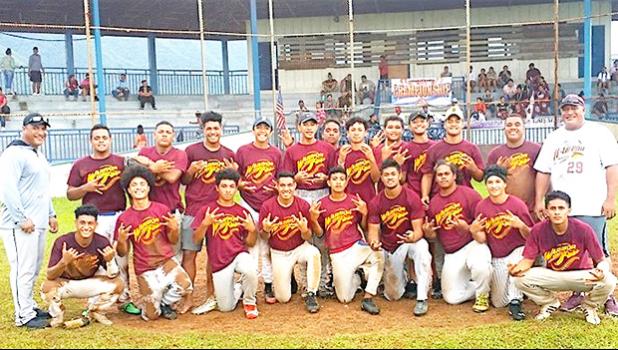 For the third year in a row, the Tafuna HS Warriors Boys' Baseball Team has claimed the American Samoa High School Athletics Association's (ASHSAA) championship title. In a game described by viewers as a 'nail-biting' thriller, the Warriors rallied back and won against the Nuuuli Vo-Tech Wildcats, 5-3. What's probably not known to many, is that the coaches for these two teams are first cousins from the Sola'ita family — a name associated with baseball and softball in the territory. [photo: BC]