Tomoko, from Roviana in the Western Solomons 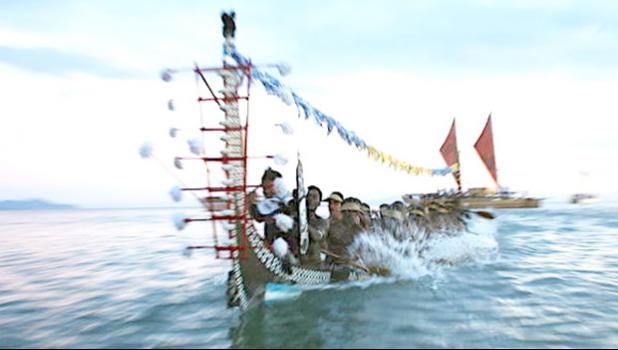 A traditional war canoe, Tomoko, from Roviana in the Western Solomons participates in the Pacific flotilla at the opening of the 11th Festival of Pacific Arts in Honiara. June 2012. The Festival of Pacific Arts & Culture is a traveling festival hosted every four years by a different Pacific Island Country. It was initiated by The Pacific Community (SPC), and first held in Fiji in 1972, to stop the erosion of the traditional practices by sharing and exchanging culture at each festival. American Samoa hosted in 2008 and Hawaiʻi will be hosting in 2020. [Photo: Koroi Hawkins]