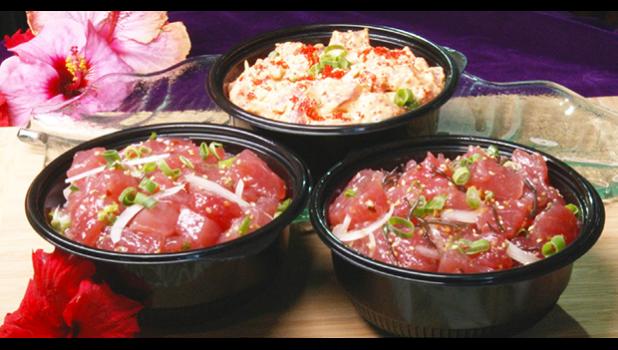 Honolulu, HAWAII — The answer to this question is not so simple—but, don’t be alarmed! The situation is certainly not permanent and tuna stocks around Hawaii are doing just fine. Bigeye and yellow fin tuna (‘ahi), like any commodity, are very dynamic when it comes to supply, demand and pricing. Lately, the price of bigeye ahi exceeded $20 per pound at the market—several times more than what buyers usually pay. Prices then teetered around $11–12 per pound and cooled o to $7–8 per pound during the second week in August. The amount of U.S.-caught ahi coming into Pier 38 in Honolulu Harbor is normally between 60,000-80,000 pounds per day. Levels this summer have been a steady 30,000–40,000 pounds per day. However, more boats have been showing up, thus the supply is only slightly increasing, but it is having a profound impact on the price point.

In 2020, COVID-19 restrictions slashed consumer demand when restaurants and hotels shuttered through the pandemic and the Hawai‘i’s tourism industry came to a halt. Supply in 2020 was slightly lower than today, yet the price of ‘ahi that year was exceptionally low and fresh fish were regularly donated to Hawai‘i families. Some fishers sold their catch directly from their boats. A year later, Hawai‘i Tourism Authority reported more than 30,000 visitors daily were coming to the Hawaiian Islands. This has greatly impacted the demand for Hawai‘i’s famed ‘ahi poke. With  a shortage of ‘ahi and demand skyrocketing with the explosion in tourism—plus demand from the continental United States—it created a “perfect storm” for the consumer.

Supply this year has been limited by several factors; it is linked to the local Hawaiian fisheries (including longline, shortline and troll/ handline) and to the supply of foreign-sourced tuna. During summer 2021, supply from local fisheries has only been slightly higher than it was in 2020. Supply from foreign sources that often floods into the Hawai‘i market this time of year has been minimal, virtually non- existent, most likely due to supply chain disruptions from COVID-19. Foreign-sourced tuna, often previously frozen, has always been a cheaper alternative for consumers looking for poke or ‘ahi katsu without paying a premium for locally-sourced product. With cheaper alternatives limited, and a shortage of locally-sourced ‘ahi, supply cannot keep up with demand.

The lack of supply from both foreign  and domestic sources may be alarming and lead to the rash conclusion that the situation  is due to depleted fish stocks. However, 2020 stock assessments for both bigeye and yellow n ‘ahi in the Western and Central Pacific Ocean (including Hawai‘i) indicate  that the stocks are two and three times above the levels considered sustainable. In fact, stocks internationally managed under the Western and Central Pacific Fisheries Commission (WCPFC) supply 60% of the world’s tuna and its four principle tuna stocks (bigeye, yellow n, skipjack and albacore tunas) are not over shed and not experiencing over fishing.

Reported catch rates so far in 2021 have been low—not just in Hawai‘i, but also in the Marshall Islands and elsewhere in the Western and Central Pacific. Longline fisheries that typically target both bigeye and yellow fin have been known to have higher catch rates  in years when oceanographic conditions  have a “shallower” thermal structure in the western and central areas of the Pacific (Lehodey, 1997). This means that tuna’s preferred habitat with enough oxygen is compressed in the water column and draw fish into more aggregated zones, thus increasing the likelihood of catching fish. This coincides with the oceanographic condition associated with an El Niño event. The opposite condition occurs in years or seasons associated with a La Niña. The World Meteorological Organization recently indicated that a La Niña event occurred through most of 2020 and concluded in May 2021, which may explain lower catch rates. Scientists have not determined the definite cause for poor fishery performance, but the situation is not new and is usually linked to a scattering of fishery resources due to environmental variability.