Abuse in state care resulted in hatred of his culture, Samoan tells inquiry 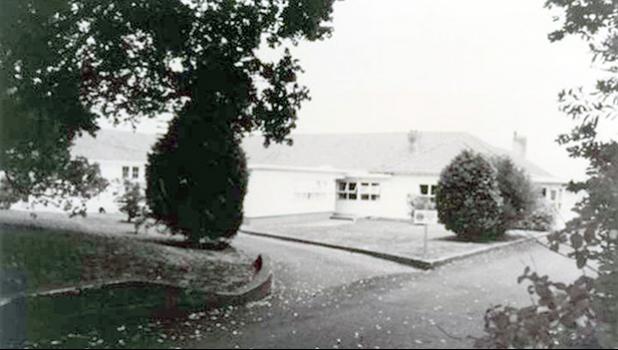 Auckland, NEW ZEALAND — The theft of his name led a Pacific Island boy down a path of state care, where he was abused.

Fa'amoana Luafutu, 69, has shared his story at the inquiry into historical abuse in state care in South Auckland.

The Royal Commission has opened a two-week hearing into the harm and impacts on Pasifika peoples of abuse in state or faith-based care.

The hearing opened on Monday with a traditional Pacific welcome at the Fale o Samoa in Māngere.

Fa'amoana Luafutu came out from Samoa at the age of eight in 1960.

On his first day at school, the teachers said they could not pronounce his name and immediately changed it to John.

Fa'amoana was named after his grandfather and he believes taking his name away erased part of his identity.

''When they took his name away from me, that day at school, that is when this whole feeling of feeling not good enough started coming into my mind. I started questioning myself, why wasn't my grandfather's name good enough, you know, as a kid.''

He said it marked the turning point of dislocation, dispossession, disorientation, disillusion and lost self-esteem experienced as a child.

He did not speak English at school.

He remembers one day when the teacher asked him to do homework.

He went home and asked his auntie what homework was and she told him it was chores around the house.

''Everyone in the class laughed at me including the teacher. I didn't want to go back to school after that.''

Many Pacific people in care were not recorded as Pasifika in official records.

Fa'amoana said this was probably deliberate on the part of many, as it was for him.

''There's a lot of us guys who wanted to shield our families by letting those names be spelt wrong, let it be said wrong, let them think we were Māori because the shame of our island parents, you know, and hide your ethnicity.''

Fa'amoana spent time in foster care and boys' homes and was abused in all of them, but for him the Ōwairaka Boys' Home was the worst and it changed his life.

He said by the time he left there, the die had already been cast.

''I became non-conformist, hated everybody, hated the cops especially, hated authority and I was getting to the point when I was starting to hate myself and hate my culture. I had a love, hate relationship with my culture.''

His path then led to borstal and prison.

In jail he started writing a book titled: A Boy called Broke, My story, so far.

He read a passage at the hearing.

''Of the time I have spent here the only good thing I learnt was how to plant trees and scrub cutting, but I did learn everything negative like burglary, shoplifting, drinking booze, home brewing, armed robbery, safe cracking, tattooing and rebel, rebel, rebel. And a hatred for authority, arising from house masters in Ōwairaka, going on to screws in prison.

''When I think of Satalo and Poutasi and Falealili (the villages where I was born) and my present situation I realize sadly that I'll never be the same again. Somewhere between Fa'amoana and John there was a breakdown of sorts which had a devastating effect, leaving me here staring at the concrete ceiling of my cell."

In recent years he has told his story through writing, theatre, creative arts and music.

CHANCE FOR PACIFIC PEOPLE TO BE HEARD

She told the hearing Pacific people migrated to Aotearoa-New Zealand to improve the lives of their family, but not all had success.

Laban said some children became the victims of poverty and hardship, ending up in care.

''It is my hope that the Royal Commission of inquiry into abuse in care will provide an opportunity for our Pacific people to tell their stories. Be heard and to be understood and that we build a path grounded in our Pacific cultures and communities leading towards hope, healing and reconciliation.''

Laban said she was deeply troubled when finding out that some Pacific Island children ended up in state care as a result of their parents being deported during the dawn raids of the 1970s.

She said some were abused in care and there needs to be restorative justice for them.