ASCC Land Grant program introduces the symbol of the Con-Con 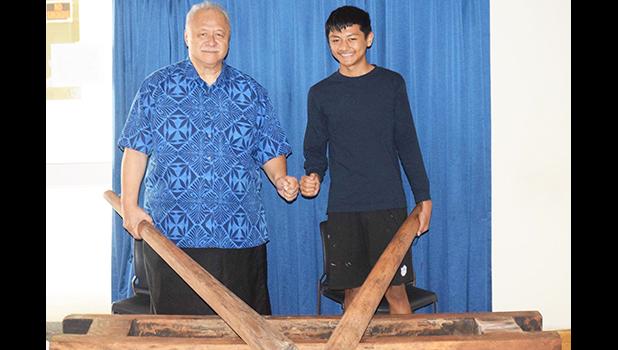 Lagafuaina will be creating additional artwork about American Samoa’s Constitution in a project supported by the “Friends of the Museum" and funded by the Amerika Samoa Humanities Council. The talented young artist recently met with Constitutional Review and Federal Relations executive director, Tapaau Dr. Dan Aga who has been working with the Review Committee in preparation for the Constitutional Convention in August.

In ancient times, the lali was used to warn villages about an approaching enemy or to announce meetings.

In modern times, it was used as a church bell.

(Samoa News points out it is also the symbol or ‘logo’ for our Samoan language section of the newspaper.)