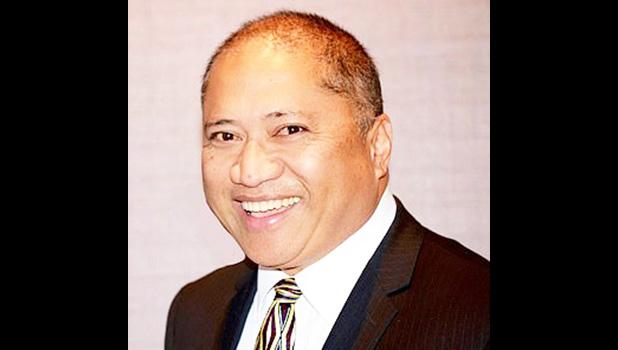 Pago Pago, AMERICAN SAMOA — A prominent California minister with ties to Samoa has been accused of embezzling more than $ 100,000 from disabled veterans who lived in a filthy building next to his church.

Misi Tagaloa, who heads the Second Congregational Church of Samoa in Long Beach, has been charged with felony and massive theft and theft from his dependents.

The California News Times newspaper is reporting he is currently free with a $ 70,000 cash deposit.

According to a 14-page affidavit filed by the state prosecutor, Tagaloa is accused of embezzling more than $ 100,000 from disabled veteran Peter Campbell, who was found living in a filthy building next to the church. Campbell, a veteran in his 60s, suffers from schizophrenia.

The Long Beach Post newspaper reports that Campbell received nearly $ 3,000 a month from the Department of Veterans Affairs. In 2016, the minister applied for a power of attorney to manage money on behalf of Campbell.

Over the next four years, Tagaloa is alleged to have received nearly $ 170,000 and has been accused of spending much of that money on “suspicious purchases” of clothing, jewelry and audio equipment.

According to the Daily Mail newspaper Campbell, who once served in the Air Force, left his sister’s home in North Carolina in the early 2000s. He suffered from mental health problems and soon stopped contacting his family.

Campbell’s relatives spent years looking for him for fear of his health and safety.

Finally, a Google search for his name in 2017 led them to the church.

His daughter, Sounmi Campbell, contacted Rev. Tagaloa, who was initially unresponsive. But she finally discovered that her father lived in a house next to the church.

The family knew Campbell was receiving a monthly Veterans check and began asking what Tagaloa was doing with that money.

“The fact that my dad is a retired, honorable discharged veteran and suffering from mental problems — you always hear that story —but we are talking from someone trusted in the community,” she is quoted saying in the Post.

It is unknown how Campbell first came into contact with Tagaloa however, the minister is well known in the Long Beach community and is known for working with the homeless.

According to a new affidavit, investigators have described more than 50 transactions with Campbell’s Department of Veterans Affairs money as “suspicious.” This includes purchases at clothing stores and jewelry stores.

Campbell’s family claims that Tagaloa ignored his father’s deterioration in health and was only interested in using his monthly Veterans Affairs checks.

“There is no reason my dad had to live that way,” Sounmi Campbell said. “We needed the help of the minister, and he neglected to contact us.”

Sadly, Campbell passed away in November of last year, aged in his late 60s.

Tagaloa is soon set to stand trial. He has pleaded not guilty to both charges and remains the public face of the Second Samoan Church.