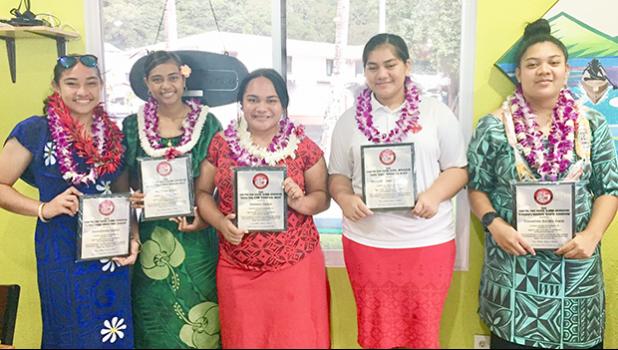 The five (L-R) are: Leuteofuiono Lafaele who was awarded the Le Fetuao Samoan Language Center scholarship. She will be attending Northern Arizona University to study Nursing;

Osomanu Tauane is the recipient of the Chung Sing Scholarship and will be attending American Samoa Community College to study Nursing;

The Faga’itua High School Alumni Association was created through the generosity and diligence of Faga’itua alumni around the world.  “It is our hope and vision to contribute to our alma mater and all communities where Faga’itua Viking reside — through community service and creating opportunities for  growth.” The event has been headed by FHSAA Hawai’i Chapter since 2008.