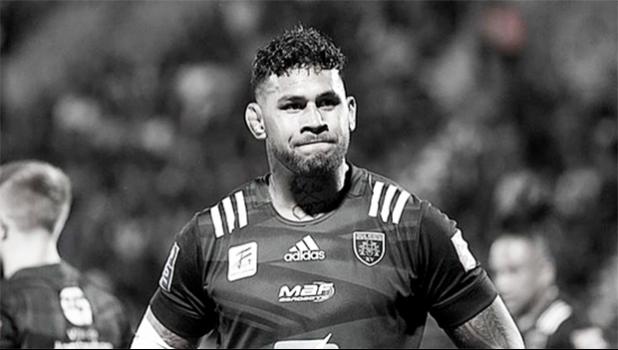 Apia, SAMOA — A former Manu Samoa sevens player Kelly Meafua died in France on Friday after falling from a bridge, his French rugby club has confirmed.

The Samoan ProD2 player died after falling from a bridge in France on Friday, his Montauban club said in a statement, with his death coming after their 48-40 win over Narbonne in the French second division.

Reports from foreign media outlets state that the 31-year-old player and his team mates went to a nightclub to celebrate their victory with their evening later turning tragic.

A statement from the Union Sportive Montalbanaise (U.S.M.) Sapiac confirmed his death, it said the 32-year-old fell in the Tarn river in the early hours of Saturday morning and did not survive.

“U.S.M. Sapiac painfully announces the death of Kelly Meafua on the night of Friday to Saturday,” reads the statement. “One of his teammates tried to rescue him, without success.

“Transported to the hospital for hypothermia, he [team mate] was released this morning in good health. All training is suspended until further notice.

“The entire U.S.M. Sapiac club is shocked by this tragedy, and has a thought for his wife, his children, his teammates, and more generally, all club lovers.”

The U.S.M. Sapiac statement further stated that Kelly was a player who was appreciated by all.

“Today we lost a player, a friend, a brother.”

Meafua played sevens for Samoa and first came to France to play for Narbonne in 2015. He returned to play for Beziers in 2018 before switching to Montauban last season. This season he played 24 matches in Pro2 scoring eight tries.

The deceased is from the villages of Sala'ilua and Lalomauga in Samoa.