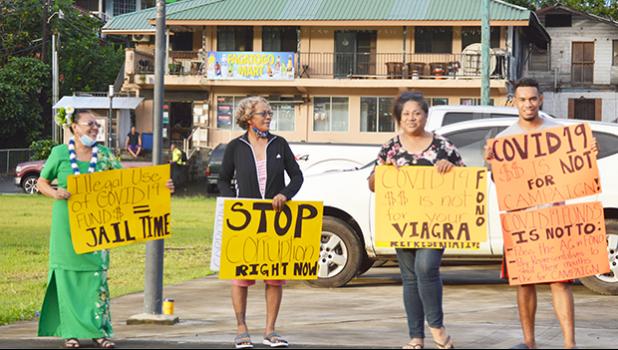 A group gathered at the Malaeoletalu yesterday for a peaceful protest accusing leaders of the American Samoa Government (ASG) and also Fono leaders of misusing funds. According to one protestor, the purpose of the protest was to notify American Samoa leaders that it’s time to put an end to the ongoing corruption including the alleged misused of funds. The group was referring specifically to the $10,000 & $20,000 payments recently given to lawmakers from CARES Act funds. [photo: AF]