Looking back at the history of the Fire Knife dance 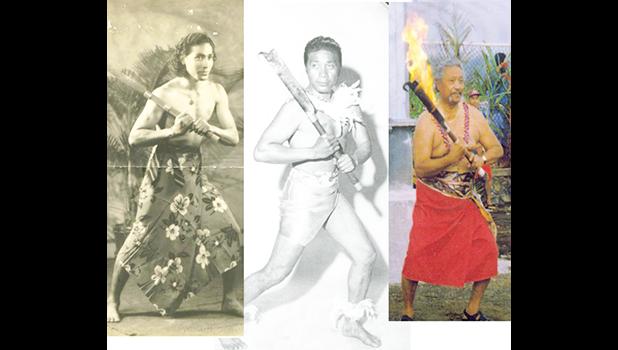 Pago Pago, AMERICAN SAMOA — Hawaii’s largest Samoan cultural festival and a pre-eminent showcase of Samoa’s traditions, the We Are Samoa Festival is highlighted by the exhilarating World Fireknife Championships this week at the Polynesian Cultural Center (PCC).

“The World Fireknife Championships is a riveting competition and encompasses everything that makes the Samoan culture so dynamic and captivating. It combines skill, strength, artistry, and fearlessness. There is no other competition like it in the world,” said Logo Apelu, PCC Chief Operating Officer

Uluao Letuli Misilagi, who was born in the village of Nu’uuli, American Samoa originated the fire knife dance in 1946 at the Golden Gate Park in San Francisco, previously dancing in Hawaii and Los Angeles with two knives. Along with performing, “Freddie” — as he was affectionately known in his younger days — was also the teacher to the early fire knife dancers.

Letuli’s great talents and expertise got him on movies like Pagan Love Song, the 1953 Rita Hayworth film Salome, and Sailor Beware. Aside from other movies, he was also seen on television shows and had recurring roles on Adventures in Paradise and The Bob Cummings Show.

With the urging of Governor H. Rex Lee, he returned home to American Samoa where he joined the Department of Education and taught numerous school children the art of Polynesian dancing.

PCC established the World Fireknife Championships to showcase this treasured Samoan tradition and perpetuate it for future generations to embrace.

Now in its 22nd year, the World Fireknife Championships brings together competitors of different ages and skill levels, led by the elite Senior Division, which attracts the world’s top fire knife dancers. In addition to Hawaii and the Pacific, this year’s competitors come from California, Florida, Japan, and Hong Kong. They will perform their amazing fireknife dancing skills and techniques, twirling one, two and, sometimes, three flaming fire knives to a choreographed routine.

Up-and-coming performers learning to master the fiery art, including some as young as six years old, are competing in junior divisions. There will also be an entertaining group competition featuring choreography by teams, including a women’s group of fire knife dancers.

Perpetuating the Samoan culture and encouraging goodwill among teens is the objective of the High School Samoan Cultural Arts Festival.

The experience is fun, enlightening and helps strengthen bonds between the participants, both amongst each other and in understanding the roots of their culture.