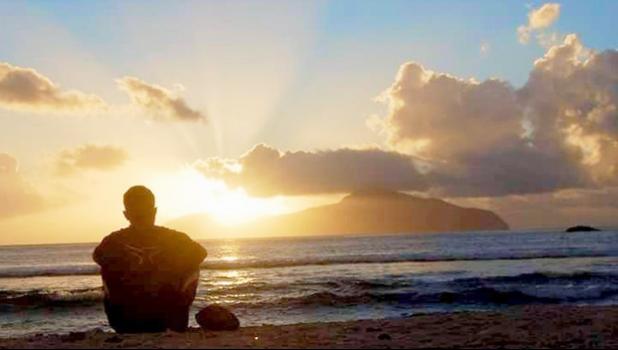 MIRRORED REFLECTIONS OF MANU'A —A boy dreams of the world outside of Manu'atele and the endless opportunities & possibilities. At the same time.... A man who left Manu'atele years ago with the same desire is dreaming of returning Home. Today, July 16 is Manu’a Islands Cession Day, marking 116 years since the Manu’a island group was ceded to the United States and became part of American Samoa. [photo: Manuatele Community Worldwide Facebook]