Poke craze hits mainland, but some aren't bowled over 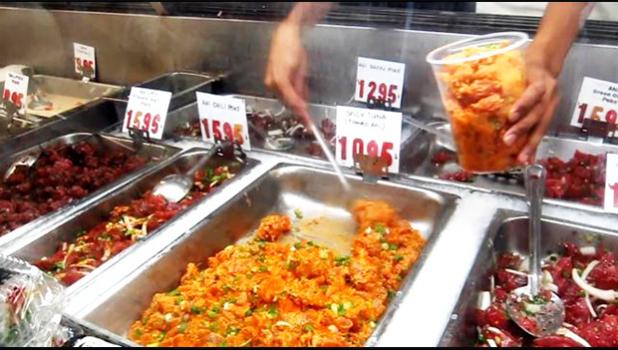 It has never been easier to get poke, the marinated raw ahi tuna that is the unofficial food of Hawaii, on the mainland. You’ll find the dish— pronounced po-kay — in Minnesota, Indiana and landlocked Colorado. There’s poke from Pittsburgh to Peoria, Ariz. You can buy poke kits in grocery stores, and you don’t even have to leave your house for it in Chicago; ASAP Poke, a delivery-only restaurant, will bring it to you. New York has a slew of fast-casual fish places. And in the Washington area, there’s Poké Papa, Poki District, Abunai and Honeyfish, all of which have opened in the past four months, joining Hula Girl Bar and Grill, Pokéworks and District Fishwife, which already served the dish.

Homesick Hawaiians must be thrilled, right?

“I tried one, and I swore never to go again,” said Sonny Acosta, 30, who moved to New York from Hono­lulu two years ago. “It’s not really poke.”

It’s not just that poke tastes better when you’re in Hawaii. It’s that mainland restaurateurs, bandwagoning on what they see as the biggest trend of the year, have changed it into something altogether different — something that people from Hawaii say doesn’t respect their cultural heritage. It plays into an impassioned debate in the food world now about whether a dish prepared outside its original context is an homage or crosses the line into appropriation.

Shops in Washington are putting corn in it. They’re topping it with kale — kale! They’re putting the fish on top of “zoodles,” or zucchini noodles, as customers order down a line, Chipotle-style. They’re adding a sprinkle of cilantro, or even sweet strawberry sauce. And, adding insult to injury, some aren’t even spelling the word correctly.

The concept of poke, a word that means “to slice” in the Hawaiian language, has a long history, but the poke bowl, with rice and sauces, is a relatively modern invention.

“The term is Hawaiian, but the traditions behind it [have] far more of a Japanese influence,” said Kealalokahi Losch, a professor of Hawaiian studies at Kapi’olani Community College in Hono­lulu. “It’s part of the fabric of what we would refer to as local culture, which is a conglomeration of all the different cultures that are here.”

Native Hawaiians would originally slice up smaller reef fish and serve them raw. But with the arrival of Japanese workers in the late 1800s, the predominant poke fish shifted to ahi tuna. Poke bowls with rice — a cultural mash-up of Hawaiian flavors and Japanese donburi — became popular in restaurants in Hawaii only in the past three decades, Losch said. They’re often served with minimal toppings from a smaller range of flavors, to let the taste of the fish come through.

But it’s this “mainland poke,” as they call it in Hawaii, that looks different from what you’d find in restaurants and grocery stores on the islands. In Washington, shops are offering more toppings than in a frozen yogurt bar, provoking those who serve a more traditional version of poke — such as Abunai, whose owner, Akina Harada, has Native Hawaiian ancestors — to call out the others: This spring, she posted a sign outside her downtown restaurant: “Friends don’t let friends eat FAKE poke.”

But even as Hawaii locals bemoan the continental interpretation of their favorite dish — “Prepare to be offended!” is how one Hawaii News Now anchor began a recent segment about poke in Washington, after producers saw a taste-test for this Washington Post story mentioned on social media — some are also glad, in a way, that it’s bringing attention to Hawaiian culture.

“These kinds of restaurants create opportunities for folks who otherwise may never taste poke, to expose their taste buds to something very different,” said Sen. Mazie Hirono (D-Hawaii), who said she was “delighted” by the trend. She was clear on one point though: “The real thing comes from Hawaii, as far as I’m concerned.”