Rugby in Alaska? You can bet there are Samoans involved! 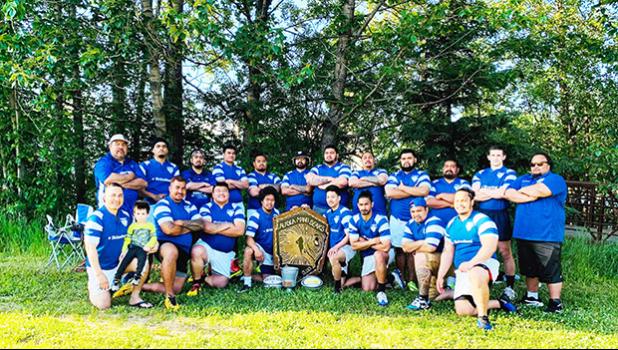 Anchorage, ALASKA — This photo provided by a player with the Manu Bears rugby team, shows team officials and players posing for a photo after clinching 2nd place in the Alaska Ruby Union’s 7s tournament completed on June 15 in Anchorage, Alaska. The team immediately started preparations for the Rugby 15s tournament which was held last Friday and Saturday.

According to the Alaska Rugby Union website (www.alaskarugbyunion.org), Manu Bears is among the 10 teams in the Senior Men's division. The website also provides other information on the history of how rugby all started in Alaska, “in the frozen tundra”.