Samoa Tourism trying to woo “The Rock” back to his homeland 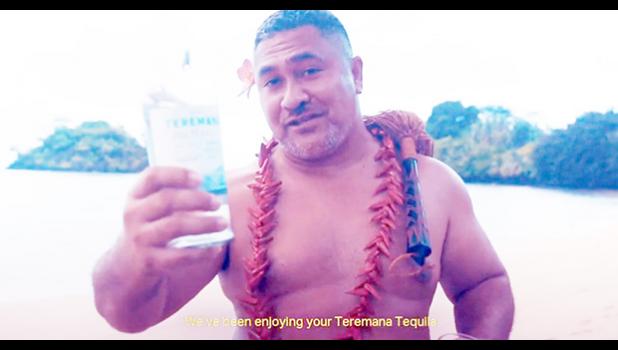 Apia, SAMOA — Samoa Tourism has posted a ‘cheeky’ video on social media. The 60-second video has already notched up more than 120,000 views across STA’s social channels, with thousands of fans resharing the video and tagging The Rock, along with his stuntman cousin and even his mum.

In anticipation of a Pacific travel ‘bubble’ and the reopening of international borders, the video showcases Samoa’s most iconic locations as locals tour the beautiful island nation with The Rock’s new Teramana Tequila in hand.

His Samoan aiga (family) invite Seiuli (Dwayne) back to his home country when it’s safe to do so, and share stories of their connections to The Rock, as well as how proud they are of him and his incredible success.

In the content narrative, Samoa’s friendly locals share a local’s guide to some of the destination’s best offerings for The Rock, and everyday travellers across the world.

STA chief executive Fa’amatuainu Lenatai Suifua said: “We wanted to capture the attention of Seiuli (Dwayne Johnson) in a fun and creative way, while also promoting The Rock’s home country to his millions of followers around the world.

“We hope he manages to watch the video over the coming days and enjoys what we’ve created for him.

“It’s been a challenging year for our small island nation, as it has been for all destinations that rely on international tourism, but we remain committed to ensuring the safety of our people as we eagerly await the moment we reopen to international travellers and have the opportunity to welcome Dwayne home.

“We look forward to rebuilding the strong cultural connections between Samoa and our overseas neighbors, welcoming international travellers from all corners of the world to our beautiful shores once again.”

Locations featured in the video include Samoa’s lush rainforest at O Le Pupu-Pu’e National Park, the picturesque and crystal-clear swimming holes at the Togitogiga Waterfall, Return to Paradise Resort and Matareva Beach located on the iconic south coast of Upolu, Samoa’s famous fiafias at Taumeasina Island Resort, and the magnificent white sands of Vavau Beach.

STA COMES DOWN ON OBSERVER EDITORIAL

The “Samoa 2040: Beating the dead horse of tourism” editorial in the March 13 Weekend Observer is yet another attempt by the Samoa Observer to undermine Government’s long terms plans for the development of Samoa and create further uncertainty, especially during these unprecedented times, the Samoa Tourism Authority stated this week in a press release.

It says tourism’s reference lacks balance, especially as it is heavily based on the opinion of a Political Lobbyist whose intent is clear and whose opinion was the basis of another cynical article (“Government tourism plan impossible”) on the same matter, which sidelined the actual piece about the 2040 Plan. That piece appears to be based entirely on the Plan itself and excludes any apparent dialogue with the Ministry of Finance (the lead-agency which coordinated the development of the 2040 plan).

Government continues to prioritize tourism as it is the backbone of Samoa’s economy. Tourism has been a key driver of business development opportunities, which the private sector and many in the community have benefited from. When international travel eventually restarts, those opportunities will gradually open up once again and support strategic efforts by Government through STA and Others, and the Private Sector through Tourism Business Operators to rebuild and recover.

Government’s plans for tourism are bold. They bode well for the Industry and STA is confident the transformative growth vision of the 20-year Plan can be achieved through the resourcing and implementation of strategies to address the highlighted challenges and opportunities.

To refer to tourism as a ‘dead-horse’ is both incorrect and demeaning. Many remain employed in the Industry and domestic tourism initiatives continue. Combined, these support the livelihood of many. Samoa is not alone in its experience. The downturn caused by the Pandemic has had a significant impact on tourism around the region and around the globe.

Tourism is resilient and will continue to be a key pillar of Samoa’s economy. And the concerted efforts of Stakeholders to rebuild will facilitate its recovery and future growth, STA affirms.