In Samoa we are born into land, climate change tries to take it away 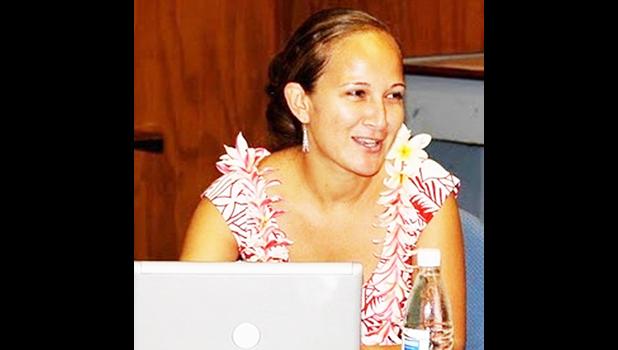 Apia, SAMOA — Pacific journalist, Lagipoiva Cherelle Jackson has written a searching examination in The Guardian newspaper of what climate change threatens to take away from the Pacific community in general and from Samoans in particular and she has addressed this in a podcast series available online at the Guardian.

Jackson tells Guardian readers “Everyone in the Pacific has stories of times the climate crisis hit our lives. For me, it is the birth of my daughter between cyclones.”

Her memories of fright as the lights in the hospital operating room flickered and relief as the auxiliary generator kicked in  — are familiar emotions for Pacific peoples where the early stages of climate change are all but too evident already.

In low-laying Tuvalu there are moves to acquire land in Fiji for its citizens already displaced by the rising waters while the government is also appealing to the United Nations to secure sovereignty over its land once that land is underwater — retaining rights to its EEZ.

And she talks about Vanuatu politician Ralph Regenvanu’s thoughts upon surveying the damage from Cyclone Pam in 2015 and journalist Jackson’s neighbor revealed to her how during Cyclone Gita in 2018 she carried her babies and pulled her children across a river seeking refuge on higher ground.

And that wasn’t the really scary part of climate change, according to Jackson.

From her point of view the really scary part is how normalized the  “unthinkable traumatic events in the Pacific” have become and how “when the cyclone ends, we return to normal.”

“I’ve been reporting on climate events since I was 19, at my first job as a journalist for Samoa Observer. In the 20 years since then, I have consistently reported on the climate crisis, interviewing communities, leaders and covering UN climate negotiations. But this has been the most emotional story I have ever reported on.”

During interviews for her podcast series she tells of the islanders who say they would rather die than leave their homeland, “so tied up is their identity, culture and spirituality in that fine sandy ribbon of land, that meanders through the lazy waves of Oceania, that is their home and the place of their ancestors.”

Illustrating this in her own life she explains the Samoan word fanua is both the word for placenta and land and how in the Samoan tradition, the umbilical cord is buried on your land, as hers is in Savai’i.

She heads toward the end of the Guardian piece lamenting that this tradition may not be available to her descendants.

“This is something that I truly love about being Samoan – being a part of the islands we come from. You are born to land, to the same land of your ancestors, and that is where you die. I want my daughter to always have this land, the land of her grandmother, of her great grandmother and all those before her. But for Aoilelagi this may not be possible.”

Ending with a call to action at the upcoming COP26 meeting in Glasgow, Scotland where she says, “without concrete pledges to prevent warming beyond 1.5C, Glasgow will just be another talkfest.”

“At the end of the day, those who truly pay for inaction at the global level are the children of the atoll nations of the Pacific, the ones whose lives are already affected by severe weather events, and whose futures may include fleeing the very islands of their birth.”

Read more and link to the podcasts at The Guardian Newspaper online.

Journalist Lagipoiva Cherelle Jackson has been reporting since she was 19-years-old and started her career as a reporter for the Samoa Observer. At 25, she was appointed editor of Newsline Samoa. She has gone on to work for The Guardian, AP, AFP, Huffington Post, Al Jazeera, CNN, the BBC, The Wall Street Journal, Forbes, The New Zealand Herald, the ABC and more. She is a specialist on environment, gender and human rights issues, and as studied the Pacific media’s coverage of climate change. She continues to advocate for better working conditions for Samoan journalists.