Samoan Language Week: A reminder of what it means to be Samoan 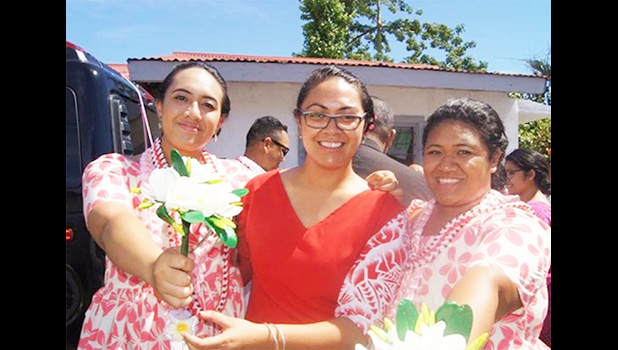 Auckland, NEW ZEALAND — Anyone with an ethnic name will tell you it can be anything from a conversation starter to a lesson on pronunciation, or just a struggle.

For me, it’s a story that belongs to my aiga (family) – one of migration, cultural differences and new beginnings.

Named after my dad’s only sister, aunty Moana got her name from my great uncle Tapaleao Moega Anisi — the first person on that side of the aiga to arrive in New Zealand in the 1950s.

He left Samoa on the MV Tofua bound for Fiji; before getting on a flight headed to Whenuapai in Auckland.

When he arrived, he found everything to be different. The palm trees, humidity and the scorching sun he was so familiar with were nowhere to be seen.

It’s this part of the story I tend to explain by putting both hands out, palms facing up like some kind of human balance scale — one side being Samoa and the other Aotearoa.

“Everything and everyone he knew and loved was now va i moana — separated by the sea.”

Gagana Samoa or fa’asamoa has always been an integral part of my life; not just in my name.

One of the earliest memories I have is of our grandpa Paleao teaching me and a few cousins the Lord’s prayer in Samoan, as we sat cross-legged on the sitting room floor.

That love for Samoana also extends to a heightened interest in learning cultural siva (dance), getting tatau (traditional tattoos) or creating tusi (books), poetry, pese (song) and even rap in Samoan.

However, the value of being able to speak Samoan was only shown to me when I started working as a reporter and realized I had a special way of connecting with people on a different level.

Vaimoana Tapaleao is a journalist with The New Zealand Herald