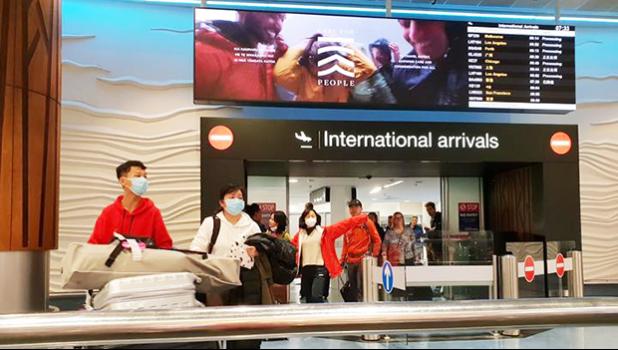 Apia, SAMOA — Travel restrictions imposed by Samoa's government amid the deadly global outbreak of coronavirus are having an impact on those planning to visit from New Zealand.

Although Samoa has not recorded a case, travellers are required to get a medical clearance at least three days before their arrival in Apia to confirm they are free of any infectious diseases.

However, a Samoan community leader in New Zealand said the confusion and the cost to get a medical clearance was forcing many people to cancel their travel plans.

Teleiai Edwin Puni, who was in Apia this month, wants better public awareness by the Samoan government to educate people about coronavirus.

Mr Puni said otherwise that might lead to people cancelling their flights as seen during the measles epidemic, which claimed more than 80 lives - most of them children.

"There's a lack of awareness on what exactly [medical clearance] means," he said.

"Samoa's got to provide that form or show people what that form is because if they need to go and see their GP in New Zealand, they need to know what form they're talking about.

"A lot of them don't know, are not aware of what's been put in place by the Samoan government."

The flu-like virus has caused 133 deaths in China, almost all in the central province of Hubei. The virus emerged last month in a live wild animal market in the province's capital Wuhan.

Samoan author Lani Wendt-Young, who arrived in Auckland from Apia on Tuesday, said the lack of screening and checks at Auckland Airport was concerning, to say the least.

Ms Wendt-Young was disappointed New Zealand did not appear to have any preventative measures in place at its biggest airport.

"Arriving in Auckland, I was actually surprised that there were no checks," she said. "And that surprised me because I thought that there would be some things in place but they didn't seem to be any.

"I don't know what New Zealand's got in place but it doesn't seem to be anything, and for me that's a worry."

Ms Wendt-Young said there were no checks when she left Samoa - only travellers arriving were being screened at Apia's airport.

However, she said there were many people wearing masks at Auckland Airport.

"As a close neighbour to New Zealand, and keeping in mind of course with measles coming to Samoa, it can very easily be transported on planes," she said.

"But coming from Samoa and seeing other flights arrived from other places with no measures being put in place, that is a concern for me."

Ms Wendt-Young said she would be visiting her GP for a check-up.

While safety was paramount, Mr Puni said the medical costs were having an impact on travellers to Samoa.

"That also accounts for some of the families cancelling their travels because of the additional visits to the doctor and cost that are incurred," he said.

"There were a lot of cancellations over Christmas in fear of the measles outbreak and not knowing exactly how safe it is in Samoa."

Following an emergency Cabinet meeting on Friday, the Samoan government imposed rules that compel anyone who's been in - or transited through - China to "self-quarantine" in a country free from coronavirus for 14 days.