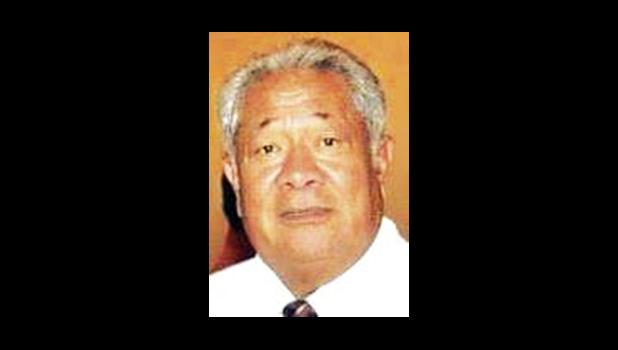 The funeral service is at 10 a.m. Saturday, Nov. 14 at the funeral home. Burial and military honors followed at the Copperas Cove Cemetery with Reverend Menise Sasa officiating.

He graduated from the third graduating class of Manu’a High School in 1969. He entered the U.S. Army in 1970. During this time, he met his soulmate, Sumie Mott, of Glenmora, La., and they spent 44 years together. He was a loving father to his daughter, Esther, and son, Eddie.

In 1970, he left Fitiuta, American Samoa to join the U.S. Army, where he dedicated 27 years of his life from being a combat engineer to the Fort Hood sergeant major of Housing. After he retired, he worked as a contractor in Bosnia and Iraq as a camp manager for Camp Liberty, Rustimayah, and Striker.

Sualosi Faafeuu Taula’i was a man of faith and family. He loved to serve God, he loved his family and church. He was a Deacon at the First Samoan Congregational Christian Church of Fort Hood and served in many positions in the church. He helped contribute to the building of the church daycare, hall, and soon to be church. He was a giving man and loved to help others. He loved his family especially those who came from American Samoa. He wanted to make sure they were well taken care of. He loved all those with who he crossed paths and considered all his friends as family. His heart was as big as Texas.

One of the biggest blessings was being a grandfather. He ended his job working overseas so that he could watch them grow. They brought him much joy and laughter. He wanted them to learn about God and to love others as he did. He cherished every moment with them until the day he was called home.

He was preceded in death by his parents, son, and countless other family members.

Condolences may be left at www.VissFamilyFuneralHome.com.