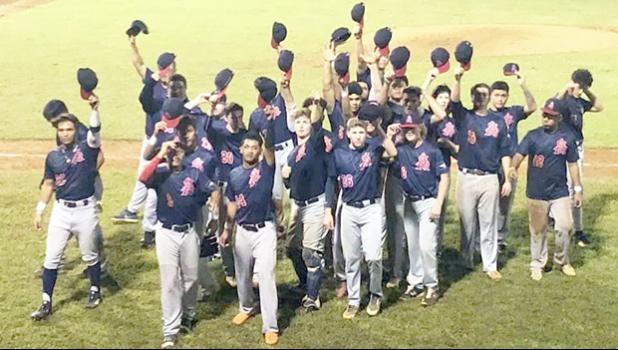 It wasn't the end result their fans wanted, but Team Amerika Samoa won the hearts of all Samoans around the world with their awesome performance and great sportsmanship displayed during the BCO (Baseball Confederation of Oceania), Under 18 regional elimination tournament in Agana, Guam. The team won the silver medal after the championship game with Australia was called off due to rainy conditions.Pictured are the team members taking their hats off to the crowd. [photo: courtesy]